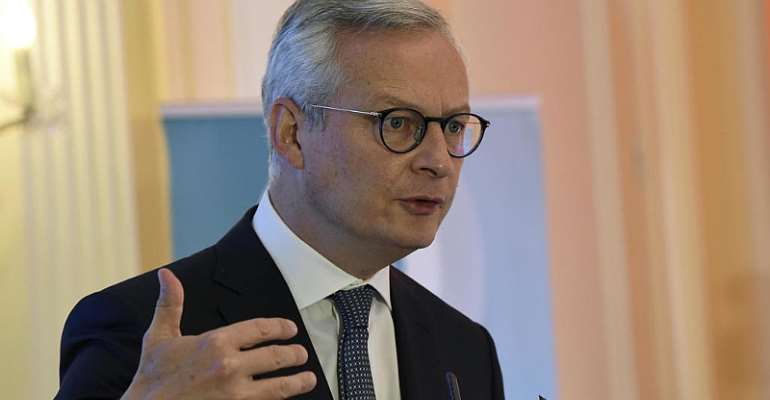 France's Economy Minister has called for 5G mobile phone services to be rolled out as soon as possible, saying any delay would disadvantage the French market. His comments angered dozens of MPs, who have signed a petition calling for a moratorium on the technology until studies are carried out into the effects of on health and the environment.

Speaking to France 2 television on Monday, Bruno Le Maire insisted that any delay in getting 5G technology up and running would be “handing a gift to our enemies and our competitors”.

It comes as the country gears up to attribute frequencies for the roll out of the mobile telephone network at the end of the month.

"It would be a grave error for the country not to pursue 5G. It would deny us technological advancement in the areas of medicine, energy and transport,” he said.

"To relocalise, we must offer the best technological environment. 5G without delay is absolutely necessary. France must conquer, not fossilise without moving forward."

Since discussions on the topic began, there has been strong resistance.

At least 70 MPs from the left and the green party signed an open letter in the weekly Le Journal du Dimanche calling for a moratorium on 5G, among them, far-left leader Jean-Luc Mélenchon, environmentalist Yannick Jadot and the Mayor of Marseille Michèle Rubirola.

European MP for the Greens party (EELV), Jadot insisted on the need for debate, adding that if 5G is deployed "it should be run by European countries, not Chinese or American ones".

Benoît Hamon, socialist candidate for 2017 presidential elections and former minister is adamant that French citizens should be informed of what is involved – well before a decision is reached.

“It worries me that the reports are coming after economic decisions and not before,” he told France Info, “especially when there could be a risk to public health.”

The government should hold “democratic discussions and consult with scientific experts, a necessary step to accompany these major transitions”, he said.

The French national agency for occupational health and safety (Anses) is expected to issue a report at the start of 2021.

Arguing in favour of the project, Bruno Bonnell, an MP for the ruling LaREM party, said there was an unhealthy atmosphere of "conspiracy" around the 5G project.

He said the technology was the only way to re-boost the flailing economy, and that if cities in France refused to connect with 5G, large companies may pack up and move elsewhere.

“It's the future of numerous careers. It's health, hygiene, telecommunications and transport," he said, adding he hoped green MPs “were not going to become extreme ecologists” over the matter.

“Pushing this project back until next summer will only add to the suspicion floating around the subject,” he says.

“People need to know where they're headed in the future.”

The debate heats up once again as online buzz is building ahead of the launch of Apple's new 5G-compatible iPhone on 15 September.