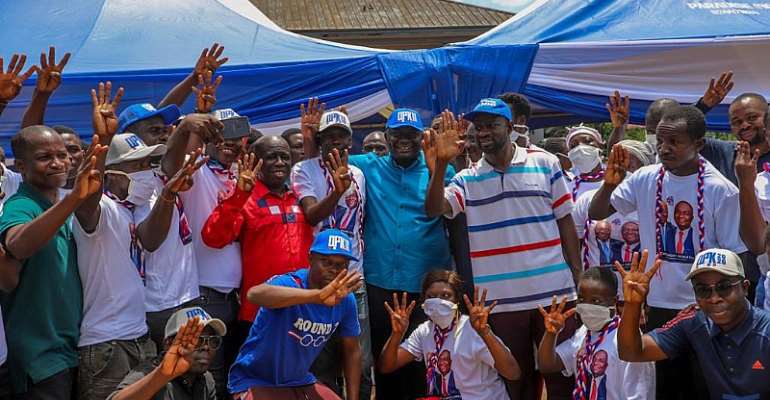 About 120 members of the opposition National Democratic Congress (NDC) in the Mpraeso Constituency of the Eastern Region have defected to the ruling New Patriotic Party (NPP).

Hon Isaac Awuah Mensah, leader of the defectors said their decision to join NPP was informed by the massive development within three years of President Akufo-Addo’s government.

He said the ruling government had done far better especially the numerous social Interventions like the free Senior High school (SHS), which gave children from poor backgrounds the opportunity to access secondary education, one district one factory, planting for food and jobs, and a host of others, hence the need to join the ruling party.

Hon Isaac Awuah in an interview said the revival of the National Health Insurance Scheme, massive educational infrastructure for both Basic and SHS within three years government under the New Patriotic Party was all evidence of good governance.

He said the good works of Hon Seth Acheampong (MP) and Hon Davis Opoku Ansah as Parliamentary Candidate had inspired and encouraged them to join the Party.

He said the defected supporters would never retreat or renounce its pledge to rally solidly behind Hon Davis Opoku Ansah's parliamentary candidacy for the Mpraeso constituency and President Akufo-Addo to continue their good works for the people of the constituency.

The Eastern Regional Secretary of the NPP, Mr. Jeff Konadu gladly accepted them into the party.

A Distressful Experience with the Covid-19 Management/Contai...
18 minutes ago