Never Buy A Teeth-Whitening Substance From One With Coloured Dentition! 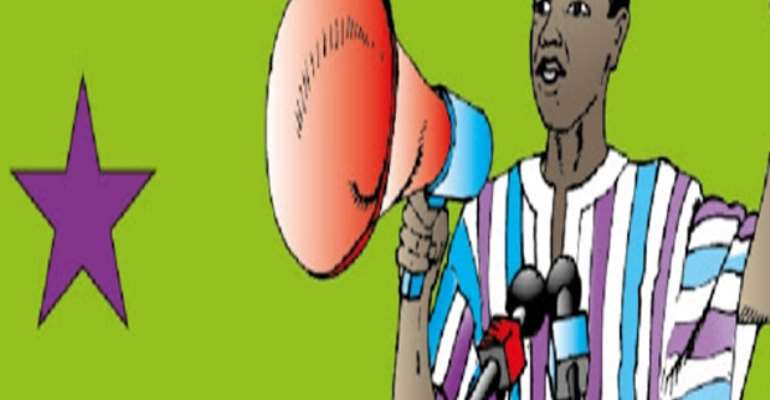 “Both parties are promising but the NPP is more credible because it is backing the promises with proven track-record; and also, most promises being made by the NDC are already ongoing”—Prof Godfred Bokpin on Newsfile onJoy (12th September 2020)

Another campaign season is here and all manner of promises are being thrown about by political parties to woo the electorate to vote for them. Of course, making promises is an integral part of campaigning. But the one making the promise is also important because one’s integrity, or lack of it, shows if one is making a voodoo promise or not.

Banks use the ‘integrity principle’ when dealing with clients. A client with a good credit history is most likely to get a loan from his bankers and the reverse holds true.

Fortunately, the two front-runners in this year’s election have had the opportunity to sit on the presidential throne. So the electorate can easily make a decision by looking at a candidate’s history and comparing it to the promise made.

I vividly remember the eagle-headed Umbrella promising to introduce a one-time health insurance payment during the 2008 campaign. The story was too sweet to believe, but many of my compatriots fell for it, anyway.

For the 8-years that the Umbrella and President Ogwanfunu sat on the presidential throne, no effort was made to fulfill the promise. It turned out to be a Kwaku Ananse story told to hoodwink the unsuspecting electorate. Now that the same group has come promising Free Primary Healthcare, can we believe their tales again?

Again, such is a man who opposed the introduction of the Free SHS with so much passion. He said the policy was not possible and would fail if implemented. He called it “the whimsical promise of a desperate politician”.

Indeed, he and his party folks spared no effort in dissuading the public from buying into the policy. If such a politician now starts singing a new tune because his opponent has successfully implemented the policy, will you believe him? Obviously, he has changed his tune because he wants to hoodwink the unsuspecting electorate into believing his Kwaku Ananse story.

It was this same man who as president cancelled the payment of allowances to trainee nurses and teachers because the weak economy could not sustain those payments. He even said he did not care if the cancellation cost him the presidential throne in the 2016 polls.

Indeed, the cancellation contributed to his humiliating defeat in the said polls. Four years later, he has changed his tune and is promising to maintain the allowances, which his successor had already restored. The question is simple: Who needs “an allowance maintenance officer” when “the allowance restorer” is around?

Abusuapanin, I’m sure you remember the “meatless bone” comment by then President Ogwanfunu. It was the “meatless bone” economy that took the country to the International Monetary Fund (IMF) and ensured the freeze on employment. If such a man now comes promising one million jobs, anyone with the skull tightly screwed to the head will take such a promise with a pinch of salt.

On the other hand, when the man who proved the doubting Thomases wrong and successfully implemented the Free SHS policy promises to facilitate guarantor-free loans to students, many will not doubt him because his credibility speaks for itself.

I need to make a confession here today. I did believe Candidate Nana Dee would walk the talk and introduce the Free SHS policy as he promised. But I never imagined he could do so in the first year. His determination to start the policy in his first year is ample evidence of the man’s integrity.

Yes, a man of integrity is the kind that will promise “one district, one ambulance” and deliver without blinking. He is the type that will do his best to ensure that almost all the promise he made to the electorate are fulfilled. I will not doubt such a man when he comes promising 16 model secondary schools for 16 Zongo communities in each region of the country.

You see, just like a damsel who has tasted two different marriages, we will not only look at the sweet promises. We will match the promises to our experiences with the former and current husbands before making a decision.