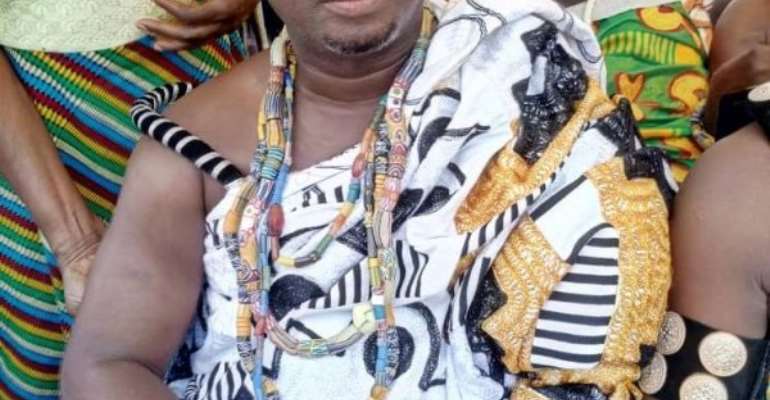 President Nana Addo-Dankwa Akufo-Addo has been congratulated for his recent election as the Chairman of the Economic Community of West African States (ECOWAS).

This commendation is coming from the high office of Togbe Adzimah V, Divisional Chief of Gbi- Abansi, of the Volta region.

“The unanimity of your peers in selecting you to lead this sub-regional Organisation is an indication of their recognition of your sterling leadership qualities demonstrated since ascending to the Presidency in Ghana on January 7, 2017 after winning the 2016 December election held in the country.”

Togbe Adzimah in a statement copied to the Ghana News Agency (GNA) disclosed that President Akufo-Addo's vision for Ghana as a state and the sub-region was dear to his heart since becoming the President of Ghana.

“Having been elected to this high office in the sub-region, is also a clear indication that you have kept and raised the flag of Ghana and well positioned to build on the successes of your predecessors.

“You have not relented in your efforts to bring development to all parts of Ghana, making sure that every region has its fair share of the national cake,” the statement added.

He said even though the world was plagued with the COVID-19 pandemic, shattering the dreams of many countries across the world and also causing the death of human beings, policies and social intervention programs put in place by the President saved the country from the calamity.

Togbe Adzimah said Ghanaians had the confidence in the President as “his peers “in the sub-region had entrusted the administration of the sub-regional Organisation, ECOWAS under his leadership.

“You will bring your rich knowledge in governance to promote the vision and mission of the Organisation, its member states and the world at large,” the statement said.

President Akufo-Addo was Monday, September 7, 2020, unanimously elected Chairman of the Authority of Heads of State and Government of the Economic Community of West African States (ECOWAS), at the regional bloc's 57th Summit, held in Niamey, Niger.

The President took over from Nigerien leader Mahamadou Issoufou and will hold that position for a year.