I Am A Proud Son Of Akyem Abuakwa, And I Will Be On The Side Of Mahama Forevermore 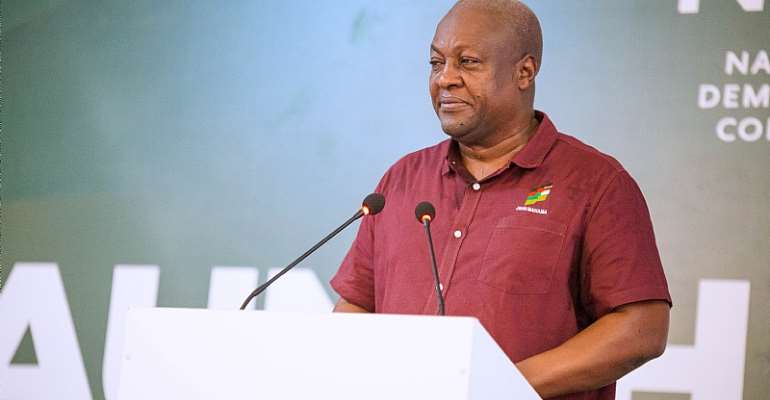 Josephine Ensign is a professor of nursing at the University of Washington, Seattle, where she teaches health policy and politics, as well as narrative medicine. In her article, "Consequences of speaking truth to power," she repeated a statement by a French philosopher, Michel Foucault that even though telling truth to the people in authority could be dangerous, it is good to choose frankness instead of persuasion, truth instead of falsehood or silence, criticism instead of flattery and moral duty instead of self-interest and moral apathy.

According to Josephine, as much as speaking the truth to people in authority can be risky we have to be part of a community that works to prevent any form of abuse or corruption and encourage those who have the courage to speak truth to power, those who would be bold to speak out when authorities go wrong because the consequences of not speaking up and staying silent can ruin a society and adversely affect future generations.

It is in the light of this that I applaud Former President Mahama for speaking truth to the President and his clique referred to as the Akyem Mafia who are bent on embarking on the slippery path of state capture of which an agreement called the Agyapa Royalties deal is part.

In the Agyapa transaction, government is going to mortgage our mineral revenue for 15 years for an upfront cash of USD500 million. The deal which many Ghanaians including chiefs, religious leaders and Civil Society Organisations have criticized is believed to have opaque terms, and spiced with family and friends interests -- the company formed for the deal has relationships to individuals who have direct connections with President Akufo-Addo.

It was against this background that the Member of Parliament for Bolgatanga Central, Hon. Isaac Adongo was displeased about and referred to this clique in government as Akyem Sakawa Boys which Former President Mahama loudened on his Facebook Wall. It must be noted that the tag was not directed at the entire Akyem clan but the Akyem clique who are involved in this obnoxious deal, a transaction which is inimical to the well-being of our country and must be condemned by all including well-meaning Akyems. We must be honest with ourselves and show some love and appreciation to this fine gentleman who is bold enough to speak truth to power. And it is time to demonstrate some loyalty and friendship.

Talking about loyalty reminds me of my favourite story of a loyal Japanese dog. He was a dog who lived in Tokyo, a dog who faithfully waited for his owner at the Shibuya Train Station long after his owner could not come to meet him. He became famous for his loyalty and was adored by scores of people who passed through the station every day.

In 1924, Hidesaburo Ueno, a professor in the agriculture department at the University of Tokyo, took Hachiko, a golden brown Akita dog as a pet. During his owner's life, Hachiko greeted him at the end of each day at the nearby Shibuya Station. The pair continued their daily routine until May 1925, when Professor Ueno did not return. The professor had suffered a cerebral haemorrhage and died, never returning to the train station where Hachiko was waiting. Each day for the next nine years, nine months and fifteen days, Hachiko awaited Ueno's return, appearing precisely when the train was due at the station, and anxiously scanned through the disembarking passengers for his master!

Your Excellency John Dramani Mahama, I am a proud son of Akyem Abuakwa, and I want you to know that not all Akyems are against your speaking truth to power. I wish to draw your attention to some portions of the lyrics of a song, "That's what friends are for" by Dionne Warwick. Please don't be discouraged by the attempt of a few "rented" Akyems to intimidate you; keep smiling, keep shining, knowing you can always count on us for sure; in good times and in bad times we'll be on your side forevermore because that's what friends are for.