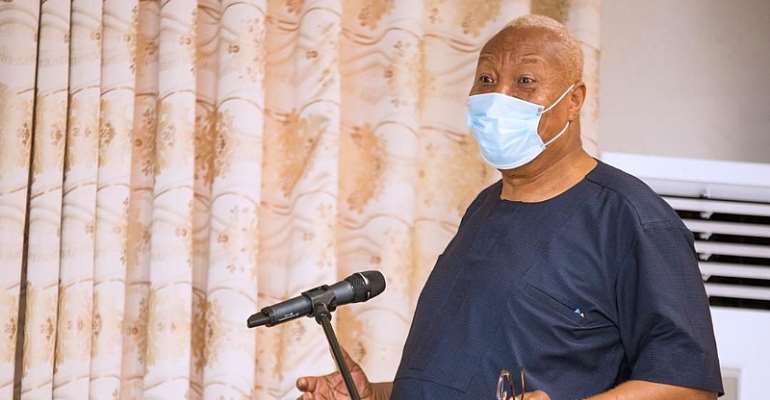 Professor Joshua Alabi is urging Ghanaians to reject the ruling NPP government under Nana Akufo-Addo on December 7th because their policies and actions do not represent the interest of the nation.

According to Professor Joshua Alabi, 2020 Campaign Manager of the opposition NDC, a perfect example to cite is the controversial Agyapa Royalties deal.

According to him, the deal “stinks’ and will have dire consequences on the country’s future leaders.

Speaking to Citi News, Mr. Alabi insisted that the NDC will not honour the agreement if voted into power.

“We will not respect the deal when we win to protect people like you [youth] so that when it gets to your turn to run the country, it will be easier for you. If you keep quiet and it gets to your time, there will no money for you to run this country,” he stressed.

“You should be interested in that particular deal. That deal stinks. That is why almost everyone apart from the government is talking about it. But because they have power, they are trying to push it through you. My President, His Excellency John Dramani Mahama says when he wins he will not respect that deal because we disagree with it. You push it through Parliament because you have the majority fine, but apart from the minority in parliament, almost everyone is talking about it. We are still pushing it,” he said.

The government of Ghana through the Minerals Income Investment Fund set up the special purpose vehicle to monetize gold royalties and Ghana's equity in gold mining activities.

Some Civil Society groups have described the deal as opaque, lacking oversight mechanisms and not profitable for Ghanaians.

The flagbearer of the National Democratic Congress, John Mahama has on several occasions said it will not honour the agreement if he is elected President on December 7, 2020.

According to the former President, the deal looks shady and his government will not respect it.

“The government of Ghana, even though the royalties are ours, cannot control that company, meanwhile we have [special purpose] vehicles we can use here. We have the Ghana Infrastructure Investment Fund. If you assigned the gold royalties to the Ghana Infrastructure Investment Fund which is a 100 percent [government] entity, it can do exactly the same thing that you want Agyapa to do. If I become president, I will not respect that agreement. Ghanaians cannot accept this. We do not accept that the government of Ghana should invest our royalties in an offshore tax haven,” he said.

I lied that you contracted covid-19, you didn’t also chop co...
2 minutes ago