From Citizen Vigilante To A Sleeping Spectator: The Wasteful ‘unspecial’ Prosecutor’s Office 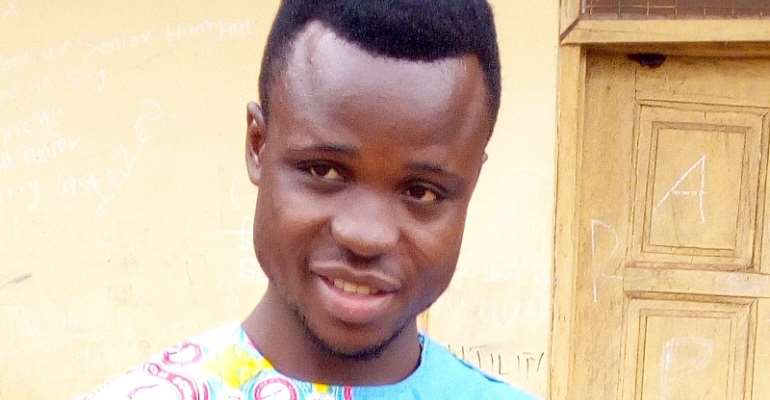 The hopes, anxieties and expectations that engulfed Ghanaians prior to and after the establishment of the special prosecutor’s office have been shattered by the redundant nature of the special prosecutor in dealing with the mountainous corruption-related cases in Ghana. MARTIN ALIMISI BURNES KAISER AMIDU is a Ghanaian politician. He was the attorney general and minister for justice from January 2011 till January 2012. He has the word ‘gargantuan ‘into his credit. He is best known for his Anti-corruption crusade. He is now the first Ghana’s special prosecutor whose sole responsibility is to investigate and if possible, prosecute corrupt victims.

Before his nomination on 11 January 2018, Martin Amidu was a member of the opposition national democratic congress (NDC). His self-discipline, anti-corruption crusading actions, long articles on corruption-related issues and his fearless war against corrupt practices within his party and the country as a whole might have earned him the ‘citizen vigilante’ title. There is no doubt that his integrity, uncompromising and his desire to fight corruption got him appointed as the first special prosecutor in the history of Ghana.

In fact, the mentioning of his name as a special prosecutor and his posture during his vetting rendered some corrupt officials sleepless night whiles many Ghanaians rejoiced with the hope that many decades of corrupt practices in Ghana will at least reduced to its lowest minimum.

As ‘citizen vigilante’ who had fought corruption with the little resources at his disposal, one would have been convinced that with his appointment into this well equipped and autonomous special office, his supremacy and energy to fighting corruption would have been extraordinary.

Surprisingly, three years into office, many Ghanaians including the ruling party (NPP) are very much disappointed and have lost confidence in the special prosecutor’s office since there seem to be nothing serious happening in that office despite the president announcement that some 21 formal appointees were on the special prosecutor’s list. In fact the silence of many political parties especially the new patriotic party (NPP) who prior to 2016 elections branded the then ruling party (NDC) as corrupt and vowed to investigate all corruption allegations and anyone who was found guilty will be prosecuted is a major concern to many Ghanaians.

The overhyped citizen vigilante and anti-corruption crusader; MARTIN AMIDU is now behaving like a sleeping spectator in a football stadium who could not see how a goal was scored but for the curious spectators who scream goal!!!!!!!! He will then wakes up and ask what the scoreline was. Martin Amidu has turned the special prosecutor’s office into a library or an editor’s office where irrelevant storybooks and articles are being read and scrutinized instead of aggressively investigating and dealing with the numerous alleged corruption cases that is of national interest.

Less than three months into an election, the word ‘corruption’ has virtually missed in our political discourse as if corruption will not influence Ghanaians to vote in this year’s elections. Well, Ghanaians have no short memories to easily forget of the countless corruption scandals that have hit this country within the last three years with the latest popular AGYAPA scandal.

What is so special about the special prosecutor’s office?

What is obstructing the work of the special prosecutor?

Is corruption now a perception and now real?

Is it the case that if you fight corruption it will surely fight you back?

I lied that you contracted covid-19, you didn’t also chop co...
30 minutes ago