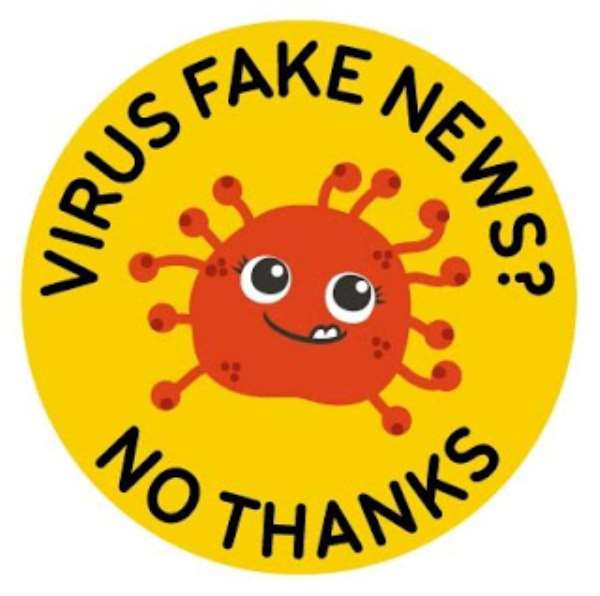 Not everyone is interested in the virus fake news, therefore, the truth about the coronavirus is necessary.

To politicians, health institutions, and many rich people that money tells them what to do even if it's evil, telling lies and deceiving the people continually about diseases or pandemics, is probably good for business or the best way to run a successful government. However, there are others too only interested in the truth.

Since 2016, we (scientist Johan van Dongen, writer Joel Savage, and Dr. Wolff Geisler) launched the genuine health blog, "Secrets Of Aids And Ebola Facts Journal," we have received hundreds of messages of admiration and encouragement for taking such a bold step in coming out with such a rare health blog. https://bit.ly/3m3DKo5

Some have requested to join us, but since we don't trust people so easily, we often turn down their request. Today, I am featuring the book of Torsten Engelbrecht, an award-winning investigative journalist in Hamburg, Germany, who appears to be one of the hundreds of writers who are interested in our blog "Secrets Of Aids And Ebola Facts Journal."

The book, "Virus Mania," is co-authored by the renowned expert Claus Köhnlein, MD, who was a member of Thabo Mbeki's Aids panel founded in 2000. The book reveals:

If one follows public pronouncements, the world is repeatedly afflicted with new terrible virus diseases. As the latest horror variant, the so-called coronavirus SARS-CoV-2 dominated the headlines. The population is also terrified by reports of measles, swine flu, SARS, BSE, AIDS or polio.

However, The authors of Virus Mania, journalist Torsten Engelbrecht, and doctor of internal medicine Claus Köhnlein, MD, shows that this fanning of fear is totally unfounded and that virus mayhem ignores very basic scientific facts: the existence, the pathogenicity and the deadly effects of these agents have never been proven.

The book "Virus Mania" will also outline how modern medicine has pushed direct virus-proof methods aside and uses dubious indirect tools to "prove" the existence of viruses such as antibody tests and the polymerase chain reaction (PCR).

The alleged contagious viruses may be, in fact, also be seen as particles produced by the cells themselves as a consequence of certain stress factors such as drugs.

These particles are then identified by antibody and PCR tests and interpreted as epidemic-causing viruses by doctors who have been inoculated for over 100 years by the theory that microbes are deadly and only modern medications and vaccines will protect us from virus pandemics.

The central aim of this book is to steer the discussion back to real scientific debate and put medicine back on the path of an impartial analysis of the facts.

It will put medical experiments, clinical trials, statistics, and government policies under the microscope, revealing that the people charged with protecting our health and safety have deviated from this path.

Along the way, Engelbrecht and Köhnlein will analyze all possible causes of illnesses such as pharmaceuticals, lifestyle drugs, pesticides, heavy metals, pollution, stress, and processed (and sometimes genetically modified) foods.

All of these can heavily damage the body of humans and animals and even kill them. And precisely these factors typically prevail where the victims of alleged viruses live and work.

The book presents approximately 1,100 pertinent scientific references, the majority of which has been published recently.

The topic of this book is of pivotal significance. The pharmaceutical companies and top scientists rake in enormous sums of money by attacking germs and the media boosts its audience ratings and circulations with sensationalized reporting (the coverage of the New York Times and Der Spiegel are specifically analyzed).

Individuals pay the highest price of all, without getting what they deserve and need most to maintain health: enlightenment about the real causes and true necessities for prevention and cure of their illnesses.

Virus Mania will inform you on how such an environment took root - and how to empower yourself for a healthy life.

About the Author
Torsten Engelbrecht works as a journalist in Hamburg. In 2009 he received the Alternative Media Award for his article "The Amalgam Controversy."

He was trained at the renowned magazine for professional journalists Message and was a permanent editor at the Financial Times Deutschland, among others.

As a freelance journalist, he has written articles for publications such as OffGuardian, Süddeutsche Zeitung, Neue Zürcher Zeitung, Rubikon, Freitag, Geo Saison, Greenpeace Magazin, and The Ecologist.

In 2010 his book "Die Zukunft der Krebsmedizin" (The Future of Cancer Medicine) has been published, with Claus Köhnlein, MD, and two other doctors as co-authors.

Desist from faking kidnapping to avoid imprisonment – Police...
43 minutes ago