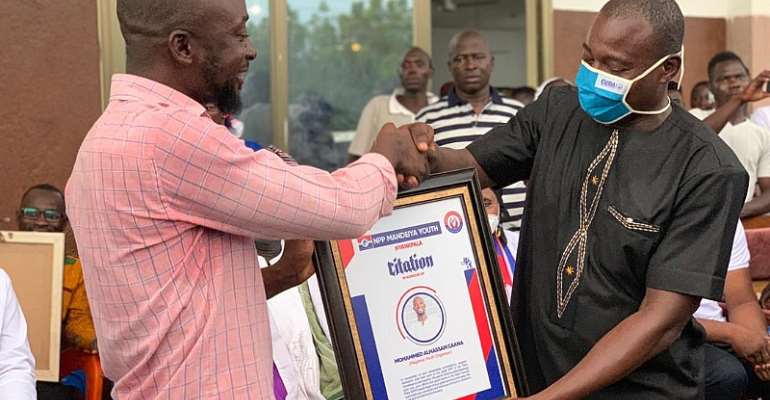 In an attempt to grow the New Patriotic Party in Nyankpala( a stronghold of the NDC in the Tolon constituency), the hardworking and most enviable Mandeiya NPP youth has launched the "Operation inflate the NPP in Nyankpala".

The launch which happened yesterday at the UDS Auditorium in Nyankpalagathered party faithfuls within the Nyankpalazone of the Tolon constituency.

According to the President of Mandeiya youth - Mr. Beyom Nabila Sulemana, the operation involves a house to house campaign, group by group campaigns, and other initiatives to make the NPP appealing to the people especially first-time voters.

The youth group was charged to put in so much efforts to make the operation fruitful.

The youth group also presented Citations to party members who have toiled for the party stay firm within the constituency Including the indefatigable Member of parliament- Hon Wahab Suhuyini.

The group further appealed for support ( Money, logistics and prayers) to ease the process