The IMF must listen to Africa 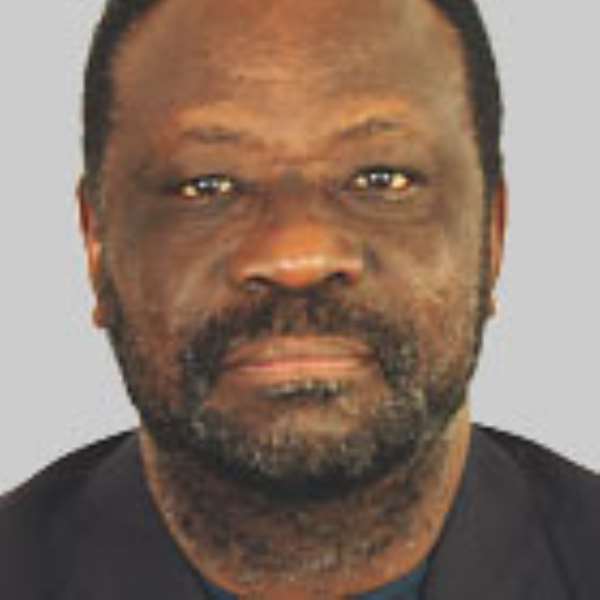 Just before its recent meeting in Singapore, the IMF stated that it had decided to increase the quotas or subscriptions - in effect, the voting rights - of four member countries: China, Turkey, Mexico and South Korea.

These quotas, said the fund, are being increased on the basis of the "members' relative positions in the world economy". No African country qualified to have its quota increased.

It may seem, at first sight, that the fund used completely non-political criteria in selecting the four countries whose quotas are being increased. But if you look carefully, you will find that they all belong to the group of countries which the fund and its principals, the western industrialised countries, have been reclassifying from "developing" to "developed".

You will also find that all of them have strong affinities with the group of countries that, in the eyes of the developed countries, are (still) developing, and which are mainly in Africa, Asia and Latin America. So, even if the latter group of countries have reservations about the quota increases, they will mute their voices, in order not to offend the beneficiaries. Turkey, too, although in many ways a European country, can count on the friendship of a few countries in Asia, the Middle East and Africa, whose populations, like that of Turkey, are largely Muslim. Who said the IMF doesn't possess political cunning?

Be that as it may, is the IMF assessment of a "member's relative position in the world economy" quite fair? For instance, suppose a country's export earnings were the determining factor for its being declared qualified for a quota increase. Would that mean the earnings from the poppy crop of Afghanistan, from which heroin is produced, could qualify? Or earnings from cocaine in Columbia? All right, you can laugh your head off, but you get the drift.

The situation becomes even more complex when the IMF employs gross domestic product (GDP) as the criterion for determining an increase in quotas. There are some countries that benefit from economic activities that are difficult to quantify. But as if that was not enough, the IMF's criterion does not quite bear examination. You see, Turkey's GDP per annum is only $372bn, whereas that of India is $719.8bn. But India didn't get a quota increase, while Turkey did. How is that to be explained?

The truth is that the IMF has, for too long, run itself like the executive committee of a rich gentlemen's club, which writes its own rules, applies them when it likes, and, when challenged, delivers its own interpretation of the rules. This is because when it was set up at the end of the second world war, the US held all the cards. So the US dictated the rules, which were obsequiously accepted by a Europe rendered insolvent by its own self-destructive stupidity.

The US alone grabbed for itself no less than 18% of the IMF's quotas. You would need only six more countries with the same "qualifications" as the US to render the whole voting concept at the IMF nonsensical. But no one seems to have noticed.

(Indeed, when it comes to the international scene, the US and its western allies do not seem to have heard of the word "democracy" - with which they are so enamoured in rhetoric - at all! Go to the UN security council and you will that Britain and France possess the veto - though both countries could easily vanish into the pockets of a single province in India, which hasn't got the veto.)

Only Ethiopia and Liberia were independent African states when the Bretton Woods conference took place. But they had no weight whatsoever, because Ethiopia was still reeling from having been humiliated by Italy, which invaded it even before the Second World War, while Liberia was an American colony in all but name. Britain, France, Portugal or Spain had carved up the rest of Africa into colonies.

Sixty years later, the situation has changed radically. There are no fewer than 53 independent African states, all of which are members of the IMF. Yet the IMF has remained under the heel of the US and its European underlings. Europe alone has 10 seats on the executive board of the IMF, while Africa, the second-largest continent in the world, has only two.

At a meeting with the rich countries in 2004, one of Africa's spokesmen, Goodall Gondwe, finance minister of Malawi, pointed out that "a good deal of the operations of the IMF and the World Bank are in Africa" and that if the two institutions "are going to be effective, they need to hear an African point of view".

Trevor Manuel, the South African finance minister, also pointed out that changing the voting structure of the IMF was one of the greatest "challenges" facing the organisation. I am sure what he meant was that it would take a special type of country to recognise that it needed, voluntarily, to relinquish the power that it had accrued to itself through the circumstances that prevailed at an earlier age. The "great powers" that existed in 1945, by tinkering with voting rights and quotas, want us to think they in fact take account of such moral considerations as Trevor Manuel was alluding to when he talked about "challenges". But they not the special type of countries that they would be if they faced these moral "challenges" squarely. If they were, the IMF's quota system would be completely dismantled to reflect today's realities on the international scene, not touched up with a dab of paint here and there every now and then.

What about the argument that the IMF is a lending institution and that, in a lending institution, it is those who fund the organisation who dictate its policy and not those who borrow from it? Well, in no sense is the IMF just a commercial bank operating for the benefit of its shareholders. It is a political bank, established precisely to safeguard the world's economic wellbeing and thereby its political stability. Not only that: its funds are replenished regularly by the interest payments the borrowing countries make to it, and even in purely capitalist terms, it is recognised - by some mortgage companies, for instance - that the borrowers are also "stakeholders" in the institutions that lend to them.

Now, 50% of IMF loans go to Africa, which means that debt-servicing payments from Africa constitute a valuable proportion of the IMF's income. We have a proverb in Ghana that says that, in the wild, "monkey dey work, baboon dey chop" (the monkey works to collect food, while the baboon eats what the monkey gathers together). The IMF grows fat through our interest payments, but gives us very little say in its affairs.

I submit that many African countries qualify for an IMF quota increase, including the countries that have petro-dollars pouring out of their ears - such as Nigeria and Libya. As for South Africa, it is a special case altogether. Even Ghana cannot be left out, for reasons that will become clear very soon.

It was largely with this gold that the US and Europe propped up the "convertible currencies" with which they established the IMF's funds. Today, were that gold to be 'revalued' (as the IMF and its principals who hold most of the world's gold have done from time to time since the 1970's) that gold would be worth nearly 20 times what it was sold for in the years immediately following the second world war. And who benefits? The IMF as well as the "rich" IMF members that bought South African and Ghanaian gold cheaply and kept it in the vaults of their central banks.

They have rewritten the rules of the world economy in such a way that they do not need to "back" their currencies with gold any longer, but are free to "revalue" the price of their gold reserves, in dollar terms, whenever they like. In fact, whenever they do so, they tend to undercut the earnings from gold of Ghana and South Africa. In other words, they use Ghanaian and South African "old" gold to cheapen the price of "new gold" from South African and Ghanaian. All they need is to agree amongst themselves at IMF board level hat they should 'revalue' gold or sell some from their reserves. Even Gordon Brown, the British chancellor, who claims to be sympathetic to the cause of the developing countries, had no scruple about putting a portion of the UK's gold holdings on the market some time ago. I doubt whether he consulted South Africa and Ghana first.

Shouldn't these countries have the decency of at least recognising that South Africa and Ghana, by propping up their currencies with gold in the past, are partly responsible for their current wealth and power, and that the gold producers should therefore be specially honoured by being given a greater voice at the IMF? If we contributed to the economic strength of the IMF at the beginning of its operations, shouldn't we be recognised when the IMF is making its determination of our current "relation to the world economy"?

If we lived in a world where a sense of fairness was applied to decision-making, the rich countries would also acknowledge that as far as some of the world's poorest countries are concerned - such as Niger, Burkina Faso and Mali - the subscriptions they make to the IMF represent a relatively greater economic sacrifice to their people than can be gleaned from the amounts they pay in mere gross terms. They too deserve a greater voice in the affairs of the IMF.

The IMF and its masters define their own moral stance in world affairs by what they do. At the moment, anyone who judges them objectively is bound to come away unimpressed.