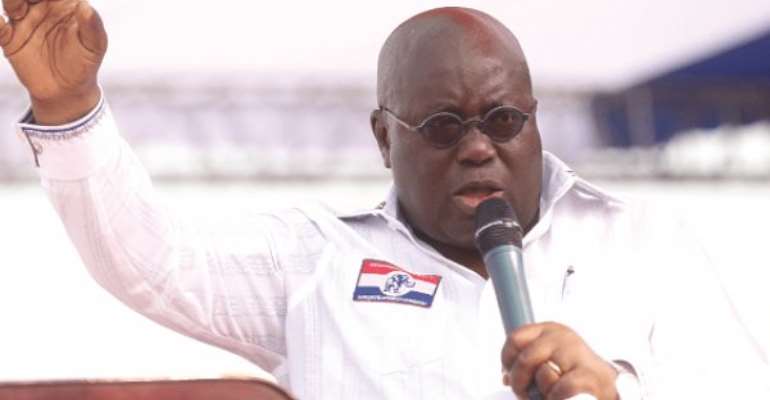 A passionate appeal has been served to the chiefs and people of the Bono Region to turn out in their large numbers to vote massively on Ghana election day December 7th, 2020 to secure a one-touch victory for the ruling New Patriotic Party (NPP) government.

This appeal was made by President Nana Addo Dankwa Akufo-Addo in Odumase in the Bono Region on his campaign trail.

The president justified that his good works manifesting across all sectors of the country give enough guarantee for a second term of office.

He, further, admonished the electorate to vote for the Party's parliamentary candidates to obtain larger majority in Parliament.

President Akufo-Addo made the appeal when he addressed separate durbars of the chiefs and people of Wenchi and Odumase to end his two-day working visit to the Bono Region.

He said his government had achieved a lot within the past three and a half years and deserved a second term adding; “I hope Ghanaians will not disappoint me.”

The President's visit to Odumase was greeted with spontaneous jubilations as hundreds of NPP supporters, clad in party colours, defied a downpour to give him and his entourage a rousing welcome.

The situation was not different at the Wenchi Jubilee Park, the venue of the event, as the charged supporters showered praises on President Akufo-Addo for the implementation of the Free Senior High School Policy and other social interventions.

Addressing the gathering, the President asked the people to compare his administration with the previous one so as to make informed decisions when they go to the polls.

Apart from the One-District-Factory, Planting for Food and Jobs and the Free SHS, he said the bold decision by his government to repay cash deposits of customers of the collapsed "DKM" micro finance company justified why Ghanaians should give him another term.

He, however, called on the public to endeavour to conduct thorough background checks on financial institutions before transacting business with them.

It was necessary to check the operational licenses and proven track records of financial institutions from the Central Bank before doing any business with them, the President said, adding that it was only a good government that took the bold decision to pay back depositors money, which amounted to GHC700 million.

Describing President Akufo-Addo as a "man of his words," Nana Damoah Kosane Aduse Poku Kofabaaye IV, the Akyeamehene, (chief linguist) of Wenchi Traditional Area, assured him of his support and that of his people to win the general election.