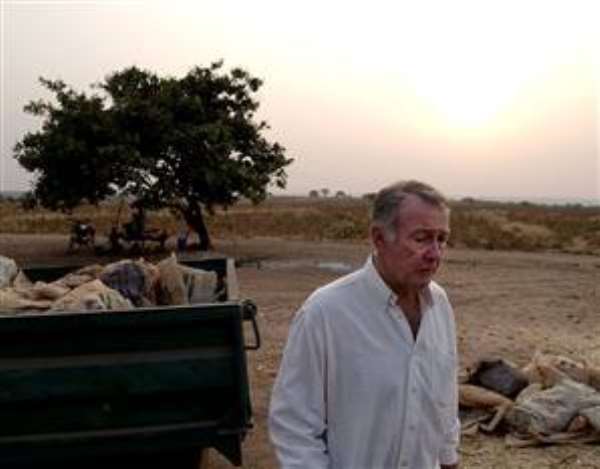 Ghana could be the next stop for displaced Zimbabwean white farmers following overtures by some of the West African country's leading agricultural firms to lure the farmers into joint ventures.

In a notice to members posted on its website, the Commercial Farmers Union (CFU) that is the largest representative body for white farmers said a diverse Ghanaian group of companies was looking for experienced farmers to operate farms acquired from the government.

The farms had stopped operating due to the expiry of European Union funding and would require some investment to resuscitate production.

The Ghanaian investors are offering "a percentage shareholding in the farming companies in order to secure a partner with the appropriate farming skills," according to the CFU. It said two types of farms on offer were: tropical fruit (mango, papaya, pineapple and banana production) or beef cattle ranching. The CFU notice said Ghana offered a safe operating environment, fertile soils, good year-round water supply and an equatorial climate.

Only about 600 out of an estimated 4 000 large-scale producing white commercial farmers remain in Zimbabwe after President Robert Mugabe drove the majority off the land and gave their farms to landless blacks in a chaotic and often violent campaign he said was meant to correct racial imbalances in land ownership.

Several of the expelled farmers have moved to neighbouring countries such as Mozambique, Zambia and Malawi while some have moved as far afield as Nigeria and Australia.

The farm seizures that began in 2000 and which Mugabe says were meant to correct an unjust land tenure system that reserved 75 percent of the best arable land for minority whites while the majority blacks were cramped on poor soils have been blamed for plunging Zimbabwe into severe food shortages.

The southern African country that was once a regional breadbasket has largely survived on food handouts from international relief agencies for the past six years and will this year require more food aid for at least a quarter of its 12 million people.