Who is Listening to the Legon Students? 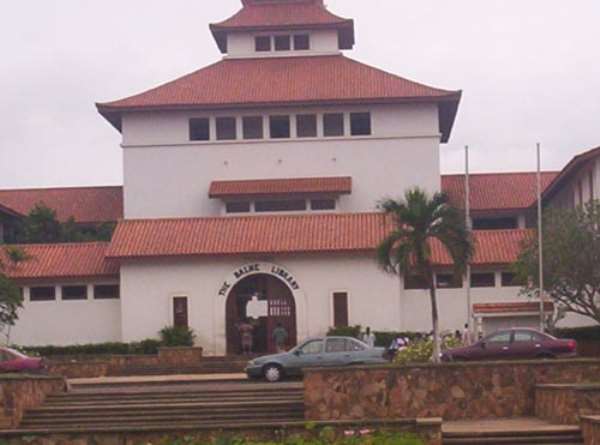 THERE IS some sort of illness that is eating into the fabric of the Ghanaian society, but, which it seems, is afflicting only people who are in Government or are holding briefs for Government.

And unless we tackle this illness with all the seriousness it deserves, the economic development of this country will be in jeopardy. For why should those in authority be threatened with either a strike or a confrontation before they start to act to fire-fight. In some cases, such public officials, who should know better, even ignore such threats, leading to the strike actions, which in the end affect our country's fragile economy.

Over the past couple of months, the country has been faced with series of strike actions caused by this sort of illness, which has afflicted these Government officials. The National Association of Graduate Teachers (NAGRAT) strike is still on, civil servants are clamouring for better service conditions and if this illness goes deeper, then we should be expecting strike actions that will cripple the Government machinery.

Now, the Junior Common Room (JCR) of the Commonwealth Hall of the University of Ghana, has called on the Minister of Education, Science and Sports to state the position of the Ministry on the demands and concerns they submitted to the Ministry and the steps being taken to address them.

The JCR says that their call on the Minister to state his Ministry's position, "Will not only forestall any disturbances on the University of Ghana campus but also be a practical exhibition of Government's commitment to the welfare of Ghanaian students".

The students have warned that if there is no official response by the Ministry by the close of work on Monday, September 25, 2006, they will be left with no option but to precede with their plans to embark on a massive demonstration to Parliament to draw the attention of the lawmakers and the Ghanaian populace.

Many-a-time, officials responsible for just acknowledging of receipt of such notices or demands to create some air of goodwill have treated them with contempt. The attitude has often been to see what 'these little boys and girls' can do. The results have often been deepening the tensions. The students seem to have been angered by what appears to be the Deputy Minister of Education, Science and Sports reneging on an earlier assurance to the students that their concerns would be looked into.

It is really very annoying when one realises that assurances given by someone in authority to solve a problem was just a farce. Definitely, that kind of posture will send people to town. The assurance Mrs. Agelina Baiden Amissah, the Deputy Minister, was reported to have given to the students should be fulfilled to avert what we recently witnessed on the campus of the Institute of Professional Studies (IPS).

The Chronicle wants to caution the Ministry that the Legon campus is boiling. If indeed the students' assertion that one of their colleagues was arrested by the Legon Police, simply for serving them with notice of their intention to demonstrate is anything to go by, then clearly, the students have every right to be angry.

The Chronicle expects that the Ministry would have at least played an intermediary role in helping to calm tensions, since government is a key stakeholder in the running of the University of Ghana.


Already, the Ministry has in its hands, two volatile issues it is battling to solve but without success. Beyond the NAGRAT and the Polytechnic Lecturers conundrum, there is some grumbling also rearing its ugly head from the direction of the Ghana National Association of Teachers (GNAT).

This paper views the comments made by Mrs. Baiden Amissah on a radio programme that the issues raised by the students were internal and did not merit her attention as very unfortunate and qualifies to be described as very reckless and a catalyst to inflame passions. Perhaps she forgets that she is in Government and for that matter it should be in her interest to see to the progress of Government policies in general and the educational sector in particular.

There is a time bomb ever ready to explode at Legon and steps must be taken to diffuse it. This is not the time for people who occupy responsible positions to turn their backs to the problem. The students are aggrieved and need a listening ear. Who is prepared to listen to them?