The Tragedy Of Domestic Violence 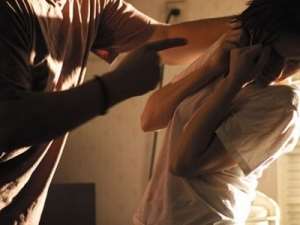 Barbara Tommey was killed earlier this week on Wednesday at the hands of her disgruntled husband. The self-proclaimed prophet Sylvester Ofori walked into Barbara’s job in Florida and murdered her in cold blood.

The two were in the process of divorce after just getting married back in 2016, the signs were there but unfortunately were not addressed properly. There was an incident where police were called to their home on the grounds of domestic violence. Ofori resisted arrest and became combative with the police officer but the charges were later dropped.

The ball was dropped in the case of Barbara Tommey, society as a whole failed her. Domestic violence is sadly all too common and it is not easy for victims to leave. Sylvester Ofori is of Ghanaian origin and the truth is his patriarchal mentality represents an even deeper issue.

African women are not protected, they put up with being abused in the name of keeping the family together. Some women even believe that when a man begins to abuse you it means he truly loves you. When these women do speak up or try to leave, there are family members who advise them against that. Society encourages suffering in the name of perceived love, and divorce becomes such a shameful thing that people stay in the marriage.

Tommey became one of the few women who did decide to leave and start over but it still led to her death. The prevalent patriarchal mindset in parts of Africa is that women are something to be owned. To some men, women are just like a car or watch that one parades around when convenient and disposes of eventually.

The fact of it is this mentality will be passed down and normalized for generations to come. Barbara Tommey was only 27 years of age, she did not deserve to lose her life at the hands of the man that made vows to love and protect her forever.