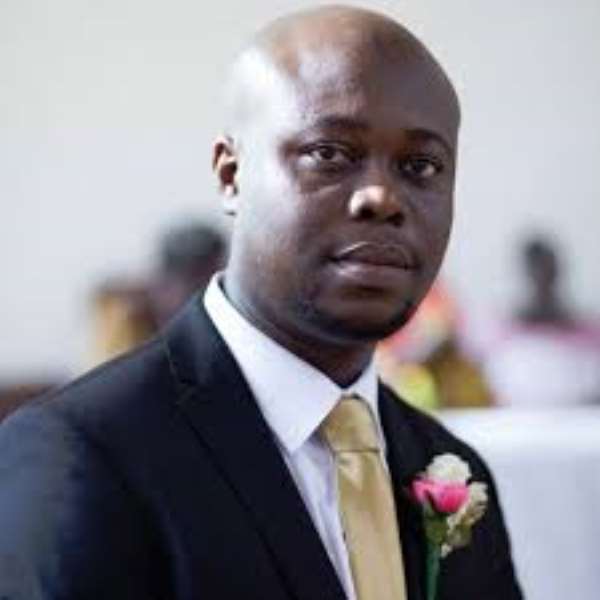 The Amasaman constituency of the Progressive People's Party (PPP) has publicly unveiled its parliamentary candidate Felix Adofo ahead of the 2020 December general elections.

The short acclamation ceremony which took place in Amasaman on Friday 11th September 2020 was to officially present the candidate to the constituents.

Hon. Felix Adofo went unopposed as the only candidate to had picked a nomination form to contest for the position during the open process last year.

Speaking at the ceremony, the Regional Organizer for the party, Alhaji Banba reiterated the need for the party to be united and rally behind the candidate in order to ensure victory come December 7th.

He also stated emphatically that, the PPP as a party has laid out strategic policies that would help develop and transform the lives of the people in the constituency and the country.

He added that in 2016, the party led by Dr. Papa Kwesi Nduom first masterminded the agenda of electing an MMDCE, MCE, and DCE in each constituency across the country, but unfortunately lost the election.

He, however, tagged both NPP and NDC as plagiarists and that there is a need for Ghanaians to vote massively against them and vote for the PPP that will work diligently and effectively.

The organizer also hinted that the PPP would champion the separation of powers among government entities to enable them work effectively.

In an exclusive interview with the Parliamentary Candidate, Hon. Felix Adofo disclosed that his executives would draft a policy that would mainly focus on Sports, Agricultural and Infrastructural Development.

"I have together with my executives brought up some good policies which would focus on the needs of my people in the constituency.

"The first one will be sports, as a constituency, we don't have any football team here, so I would liaise with football experts both home and abroad to see a possible creation of a football team because most the youths are talented and there is a need to establish a team that would help discover more talents for our national teams," he said.

He also stated that, in order for the constituency to grow and develop, he would also implement Agricultural policies.

"The constituency has a lot of fertile lands, so I will make sure we utilise all these fertile lands and make sure we plant and produce quality foods for exportation to other foreign countries, this, I am sure, would also help the country to earn enough income and boost the economy.

"We would train farmers in order to abreast their knowledge on the need of providing quality food items and other important training," Hon. Felix Adofo stated.

"In terms of infrastructural developments, I would make sure we provide, build quality and affordable social amenity centres across the constituency, such as polyclinics, schools, libraries including others.

"Our roads and drainage systems would be attended to in order to make lives more comfortable and pleasant for the people during rainy seasons. I would together with my executives provide accessible working relations to my constituents. And I am confident that all these will be achieved if Ghanaians choose the better party," He stressed.

Present at the short ceremony were the executives of the Regional wing and other invited guests.