The Translated Customs: An Error Or Contemporary Language? 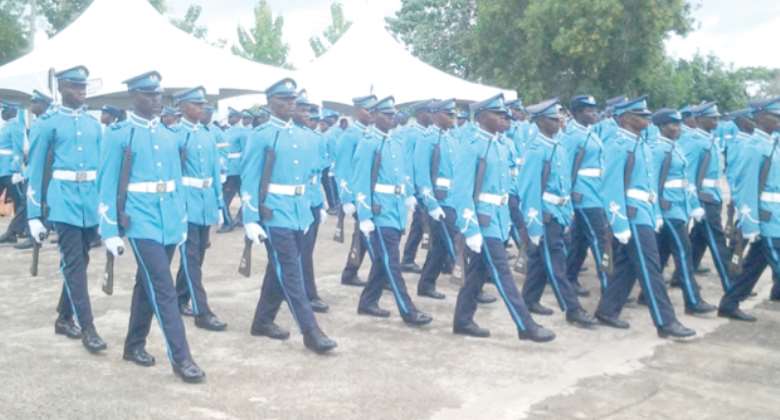 I still have fresh memories of my journey from Accra to Wa with an O.A TRAVEL &TOUR air-conditioned bus seat number one. I could see clearly far and near, 180◦ wide just as how the man behind the steering wheel could see. As one of those who do not sleep when travelling, my eyes were wide open to see all the potholes, speed rumps, Police checkpoints, Customs checkpoints, and the animals that will cross the road at night.

Having the privilege of seeing just like the Chauffeur had, I had a mixed feeling within me and what immediately came to mind was; “the inquisitive monkey gets the bullet on the face.” Besides the privilege of seeing just like the Driver, I could as well receive some cold bullets from the barrel of some greedy bastards or suffer the most if there was a head-on collision as most passengers on the front row always suffer when any of the unthinkable does happen; armed robbery and accident respectively.

“Mr. Speaker, teaching of French language will be compulsory across all basic schools in the country, no child should suffer the same way I have suffered during ECOWAS meetings with my French counterparts.” If former president Kufuor could express himself in the French language, there would not have been an extra cost to the nation for the services of a French interpreter.

While on the journey, the first Customs checkpoint I spotted was at the exit point of the capital town , Nsawam. On that same four feet tall signboard with the inscription of Customs checkpoint is the translated version in French as DOUANE. This translation is done in order for our friends, the Francophone road users in the country who have no or little appreciation of the Queen’s language. The Customs checkpoint at Bunso Junction in the Eastern Region had the same translation. At the entry point to the Ashanti Region is not different in translation. The translation“DOUANE” is visible on all the Customs checkpoints through Techiman to Wenchi, Bole, Tinga, Wa through Kaleo to the Upper Districts of the country that share boundaries with Burkina Faso. Could it be an exception just as we have in other written languages? In the French language, nouns do not stand on their own, they are preceded with their appropriate determiners, un, une, des, (indefinite articles) or le, la, les (definite articles )… “Un” precedes a masculine singular noun whilst “une” precedes a feminine singular noun; “Des” is the plural marker for the indefinite determiners “un” and “une” and takes the plural form of the noun. The definite determiners “le” and ”la” take masculine and feminine singular nouns respectively with “les” being the plural marker of the noun irrespective of its gender. I must also state that there are other determiners that can also be applied but for the purposes of this work, let us limit ourselves to the aforementioned determiners.Clearly, it is and will be inappropriate to have nouns stand alone without a determiner introducing it. For example a masculine singular noun (boy) literally translated as “garҫon” should not stand without a determiner preceding it. It either takes the masculine indefinite article “un”, or the masculine definite article “le”.so it is either translated as“un”garҫon or “le” garҫon. However, if it exists in its plural form as in boys,“garҫons,” the options are either it goes with the plural indefinite marker “des” or the plural definite marker “les”. In effect, we either say or write “des garҫons” or“lesgarҫons” depending on the context. It is important to add that, it is only in the dictionary that nouns are allowed to stand alone without determiners to give denotative meanings. Verbs are also written in their infinitive forms to give denotative meanings only. Anywhere outside the dictionary, the noun should be introduced by a determiner.

In a bilingual dictionary, LE ROBERT &COLLINS, “Douane” is transcribed and translated as [dwan] nf (Customs pl), meaning a feminine singular noun. In the English version, Customs is transcribed and translated as [‘kᶺstₔmz] npl douane f, which also means a feminine plural noun. Convincingly, what has been established per the convention is that, customs is a plural noun in English and a feminine singular noun in the French language (La douane). If a French man or a translator is asked to do a translation of “Castle” (noun) into French, he/she is obliged to precede his translation with a determiner, so the simple answer he can produce is “un Château” It would be structurally and grammatically wrong to say ‘chateau.’ Second, if one is ask to trnaslate car into French, the translator has only two options, either he/she says une voiture or la voiture. Consequently, based on what has been established, Customs should be translated into both oral and written French as “La douane.” It will be ungrammatical to translate customs as Douane as we have on the singboards at our customs check points in the country. The ungrammaticality of this translation is hinged on one of the French language grammar rules that nouns MUST be preceded by its appropriate determiner. A school of thought may argue that “Douane” is a feminine plural noun and must be preceded by “Les.” Classic! That is in conformity with the rule; a determiner preceding a noun.

Whether Douane is a feminine singular noun or a feminine plural noun, reverence should be given to the rule! To all those who matter in the Roads and Highways, why do we have ‘customs’ translated as just “DOUANE” at the various Customs checkpoint in the country but not La Douane or Les Douanes, What has happen to its preceding determiner or article?