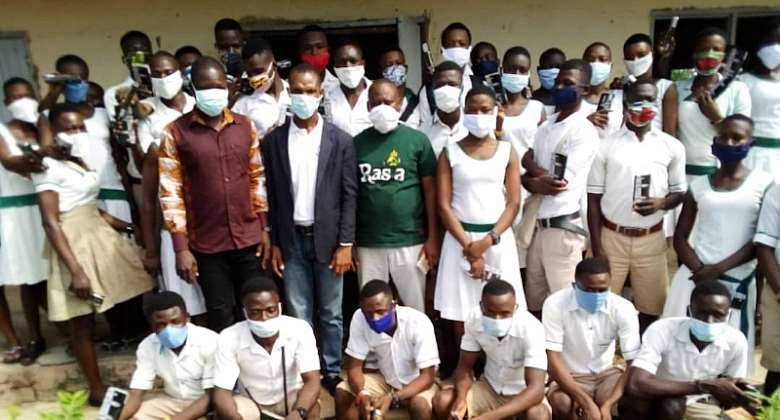 Wa, 12 September 2020- A Lecturer of the Department of Sociology and Anthropology of the University of Cape Coast Dr Razak Jaha Imoro has distributed over 300 pieces of mathematical sets to Junior High School final year pupils in the Wa West District in the Upper West Region. "It is always good to give back to society and support your kit and Kin in times of need and that is a Godly gesture we must all embrace," he said.

During the donation, the Wa West Education Directorate took the opportunity to express their heartfelt appreciation to DR. Razak Jaha Imoro for such a kind gesture he has done to the pupils in the District.

The Sociology lecturer said this gesture was aimed at promoting and supporting the education of the younger generation who are still climbing the educational ladder in the district. He continued that, this is part of his community outreach activities to offer his widows might to his district.

According to him, this year's outreach activities included providing teaching and learning materials that will enhance and facilitate final year students of JHS to write their BECE. It is in line with this, that he distributed the mathematical sets with the main aim to motivate the pupils to perform well in their upcoming BECE. He used the opportunity to advise candidates to take "their studies seriously and abide by all examination rules and regulations". He also admonished candidates "to stop relying on leakages popularly called "appor" which often turns out to be false".

Dr Imoro prayed for God's guidance and protection for the JHS pupils as they prepare to write their final examinations and wished all of them the best of luck.