Ghana’s bauxite under threat: Mahama has promised to reinstate the revoked mining licences 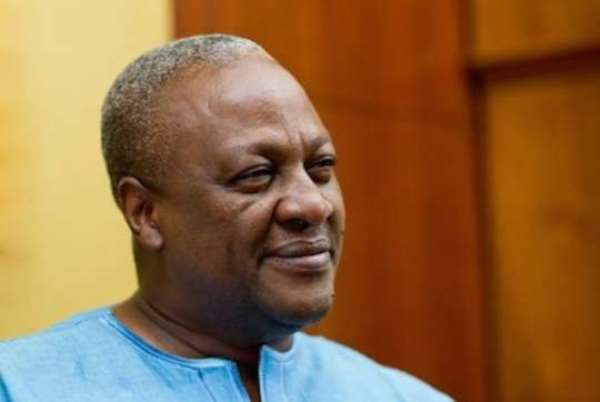 I shivered and sweated simultaneously, when I heard NDC Flagbearer, former President John Dramani Mahama, stating somewhat evocatively during the NDC’s 2020 Manifesto launch that he will reinstate all the revoked mining licences upon returning to the presidency on 7th January 2021.

Dearest reader, if my memory serves me right, the only company whose mining licences were rightly revoked by the Supreme Court of Ghana, was the Exton Cubic, Ibrahim Mahama’s partners.

It would thus appear that former President Mahama is immersed in a gamut of emotions over the apex court’s rational decision that the granting of ‘3 mining leases in favour of Exton Cubic, the partners of his sibling, Mr Ibrahim Mahama, was in breach of the Constitution and section 12 of the Minerals and Mining Act, Act 703’

In fact, at worst, it would be unfair for Flagbearer Mahama to assume somewhat spuriously that it was rather Akufo-Addo, who without recourse to the law, arbitrarily prevented Exton Cubic from mining Ghana’s bauxite.

In any case, if former President Mahama cares to know, it was the Supreme Court of Ghana that pointed out that the three mining leases, previously held by Exton Cubic Group Limited were invalid (see: the newcrusadingguideonline.com/ghanaweb.com, 02/08/2019).

If you may recall, somewhere in 2017, the Economic Advisor to the Vice President (Dr Bawumia), Dr Gideon Boako, stated that the opposition National Democratic Congress (NDC) has no moral right cautioning the NPP administration against leveraging Ghana’s natural resources, specifically bauxite through its partnership with China, since the Mahama’s administration gave away 58 percent of Ghana’s bauxite concession to Ibrahim Mahama, the sibling of former President Mahama (See: NDC sold 58% of bauxite concession to Ibrahim Mahama – Gideon Boako; citifmonline.com, 29/06/2017).

In fact, the most telling of the numerous scandals occurred during Mahama’s administration was the 30 years bauxite mining lease which was issued by the Ghana Mineral Commission to Ibrahim Mahama and his partners on 29th December 2016, just a little over one week for his brother’s government to exit power. How bizarre?

Unsurprisingly, therefore, many discerning Ghanaians fretted thy souls with curses and condemnations over the deal. The well-meaning Ghanaians rightly contended that such a venture was nepotistic and therefore must not and cannot be allowed to proceed without challenging its genuineness.

Consequently, the Exton Cubic’s permit to undertake prospecting in the Nyinahini Forest Reserve was contested in somewhere August 2017 by the then Lands and Natural Resources Minister, Mr John-Peter Amewu.

If you would remember, the Ashanti Regional Minister, Simon Osei Mensah, seized the equipment belonging to Exton Cubic, as Exton Cubic was alleged to be blissfully prospecting without a valid documentation at the Nyinahini bauxite concession.

Subsequently, the multi-billion cedi bauxite concession granted to Exton Cubic was revoked in September 2017 after the former Natural Resources Minister, John Peter Amewu, had contested vehemently that the contract to Exton Cubic was invalid.

Mr Amewu argued poignantly that Exton Cubic did not have the necessary documentation to undertake mining (dailyguideafrica.com, 24/11/2017).”

Suffice it to stress that back then, the hierarchy of the Exton Cubic argued forcefully that the revocation of licenses and the confiscation of mining equipment were unfair as Exton Cubic was in possession of three required permits.

As it was expected, the leadership of Exton Cubic took the matter to the High Court of Ghana, and, on February 8, 2018, the High Court ruled that, the erstwhile Lands and Natural Resources Minister, John Peter Amewu, did not have power to revoke the mining licenses granted to Exton Cubic to prospect for bauxite.

Subsequently, the Attorney General, acting on behalf of the Ministry of Lands and Natural Resources, submitted an ex-parte application to the Apex court, contending that ‘the lower court’s decision ‘undermines efficient administration of justice’.

The worthy minds of the Supreme Court of Ghana nonetheless made it clear that their verdict was predicated on the fact that the Exton Cubic knowingly or unknowingly failed to comply with mandatory provisions of the Minerals and Mining Act and article 268 of the Constitution of Ghana.

The eminent Supreme Court Judges, however, maintained that the granting of ‘3 mining leases in favour of Exton Cubic was in breach of the Constitution and section 12 of the Minerals and Mining Act, Act 703’.

Let us note however that, “every mineral in its natural state in, under or upon land in Ghana, rivers, streams, water-courses throughout the country, the exclusive economic zone and an area covered by the territorial sea or continental shelf is the property of the Republic and is vested in the President in trust for the people of Ghana” (Minerals Act 2006).

The credit must, however, be given to discerning Ghanaians for rightly voting out the ambivalent Mahama’s government during the 7th December 2016 election and instead reposing absolute trust in the NPP government.

Whatever the case, we cannot and must not allow individuals to roam carelessly on the corridors of power and take over Ghana’s scarce resources to the detriment of the poor and the disadvantaged Ghanaians.

Given the circumstances, I will earnestly venture to stress that in order for our governance system to be fair and equitable, all political appointments and contracts offers must be based on merits, but not through vague coloration, nepotism and cronyism.

Undoubtedly, we need a true leadership with vision and ideas, altruistic leadership devoid of corruption, greed, Incompetence and capable of transforming us into an industrialized and robust economy.