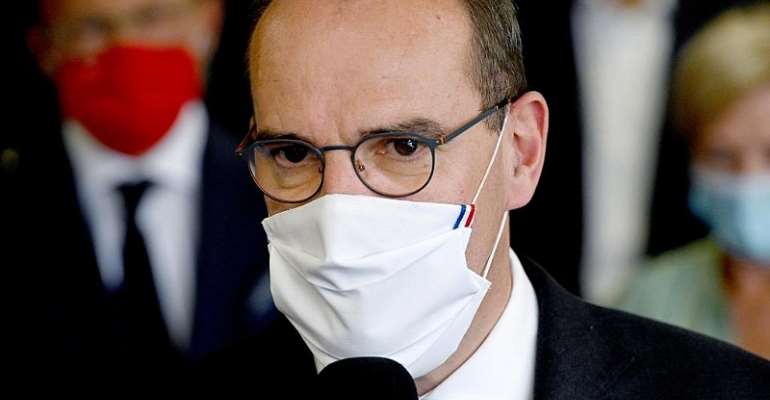 Prime Minister Jean Castex has called on the French to act responsibly to limit the spread of Covid-19, after two days in a row of over 9,000 new infections. With 42 departments now in the "red zone", the premier said local officials would have enhanced powers to impose harsher restrictions if necessary, but again ruled out another nationwide lockdown.

Castex repeated his appeal for people to respect basic measures such as regular hand-washing to stop the spread of the coronavirus, also reiterated the need for face masks and maintaining social distances.

"The virus is here to stay for a few more months," said Castex. "We have to live with it without going into a lockdown."

The first nationwide lockdown lasted between March and June as France fought to stem the spread of the illness which has claimed nearly 31,000 lives in the country and nearly one million worldwide.

The restrictions in France were eased gradually as the government tried to assist the summer tourist industry and reboot the economy.

Castex said that 42 of France's 102 mainland and foreign departments were now classified as high-risk "red zones" – 14 more than at the beginning of the week.

Health authorities on Thursday registered 9,843 new cases in 24 hours - rates unseen since the start of the pandemic.

Castex, 55, made his 10-minute address from outside his offices at the Matignon in Paris where he has been in isolation after spending last Saturday in the Pyrenees in the company of Tour de France race director Christian Prudhomme who subsequently tested positive for coronavirus.

The prime minister, who cut the isolation time for those who had tested positive from 14 to seven days, hailed laboratories for conducting one million tests a week.

"That's a good sign and good news," he said. "But waiting to get a test takes too long. Waiting isn't serious if it's not urgent," he added. "But it's more of a problem if you are a priority and showing symptoms of coronavirus and you're working in a hospital or a care home."

He said measures would be implemented to ensure that frontline health workers jumped to the head of the queue for tests.

"I call on all of us to show a sense of responsibility and for a few months more show proof of our civic responsibilities in a difficult times."