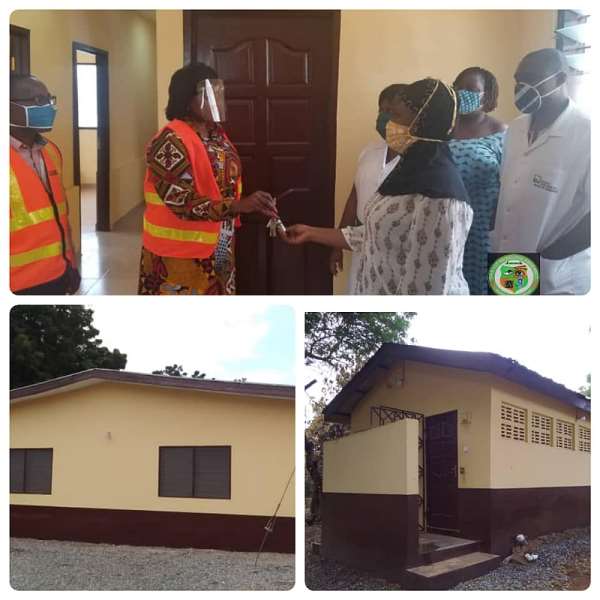 The two facilities are expected to boost healthcare delivery at the Centre with another project, a modern, spacious Out-Patients Department (OPD) currently ongoing and at the lintel stage.

Handing over the keys of the two facilities to the officials at the Health Centre, Hon. Janet Tulasi Mensah noted that the projects formed part of the massive infrastructure development agenda by the President, His Excellency Nana Addo Dankwa Akufo-Addo.

She recalled that late last year, the President commissioned the 100-Bed Capacity Ga East Municipal Hospital while the Member of Parliament (MP) for Dome-Kwabenya Constituency, Hon. Sarah Adwoa Safo, cut sod for the construction of the OPD for the Abokobi Health Centre, stating that these were clear indications of the Government's efforts in enhancing healthcare delivery in the country.

"We are proud as a Municipal Assembly to have such projects located within our jurisdiction. These facilities are not meant for only residents in the municipality but will serve many people from far and near places from us. This shows that President Akufo-Addo's administration is delivery on the promise of transforming the health sector", she remarked.

The Officials at the Abokobi Health Centre expressed utmost delight and gratitude to the Assembly for giving them the two facilities and pledged to maintain them for lasting use.