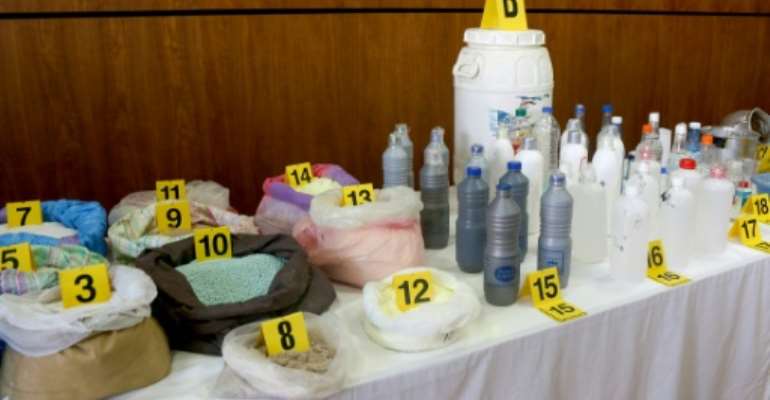 The Sahel region of Africa is a ticking "time bomb" of terrorism and organised crime, a Moroccan police chief told AFP on Friday, a day after a suspected Islamic State group-affiliated cell was busted.

"It was a dangerous cell primed to go into action at any moment," Abdelhak Khiame, head of the Central Bureau of Judicial Investigation (BCIJ), said in an interview at its offices in Sale, near Morocco's capital Rabat.

Five "extremists", aged between 29 and 43, were detained Thursday in simultaneous operations at sites in Tangiers and the Rabat region, said the Central Bureau of Judicial Investigations.

Explosive belts, three kilograms (6.6 pounds) of ammonium nitrate, electronic equipment and bladed weapons were seized in raids on homes and businesses of the suspects, the bureau said.

Pledges of allegiance to the IS were discovered. Two of the suspects put up "fierce resistance", leaving a policeman with serious knife wounds.

The alleged head of the group, a 37-year-old fish salesman, had been convicted of a common law crime in 2004 and radicalised since.

Abdelhak Khiam, director of Morocco's Central Bureau of Judicial Investigation (BCIJ), talking to the media in the city of Sale near the capital Rabat. By - (AFP)

Khiame said it was the first such large-scale bust since the 2003 Islamist suicide attacks in Casablanca, Morocco's economic capital, that left 33 dead.

He warned that IS "has developed in the Sahel-Sahara region, with the conflict in Libya and in countries like Mali which do not control not their security".

"All of this... makes the Sahel region, in my opinion, a time bomb."

Khiame said the dismantled cell had apparently had no direct contact with the jihadists of IS.

But "even if Daesh was defeated in the Levant, in the region of Syria and Iraq, its ideology... does not need territory, it can develop where it finds sympathisers", he said, using an Arabic acronym for IS.

IS-inspired "cells underground act like sleeper cells which in most cases have no relationship to each other", he said.