Bawumia's Home Region North East To Host Him This Weekend 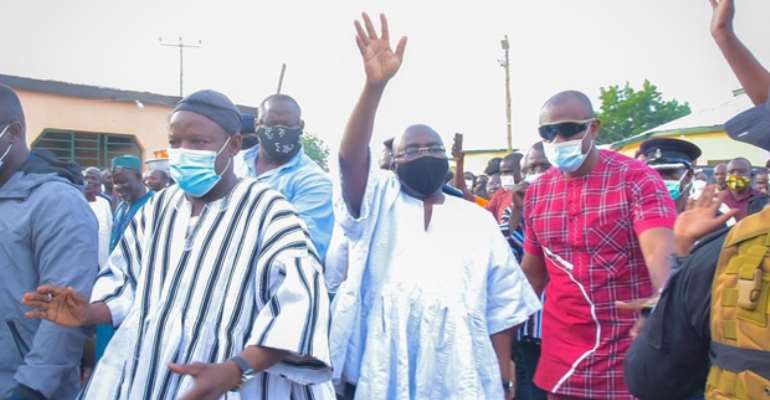 The North East region, which happens to be the hometown of Vice President, Dr. Mahamudu Bawumia, will take its turn to welcome their son as Dr. Bawumia begins a tour of the region.

The vice president is likely to spend the whole of the weekend in that region as part of a working visit.

According to a statement signed by Lawyer Sulley Sambian, the North-East Regional Secretary of the New Patriotic Party(NPP), the Vice President on the first day of his tour will visit the Yagaba/Kubore and Walewale Constituencies where durbars of chiefs and people of these areas would be held in his honour.

The statement indicated that Dr. Bawumia will continue to Commission the zipline project in Walewale same day.

Lawyer Sambian said on the second day, the vice president will pay a courtesy call on the overlord of the Mamprugu Kingdom after which he will visit Gbintiri, where a durbar of chiefs and people of the area would be held in his honour.

It said in Yunyoo and Bunkpurugu Constituencies, similar durbars would be held then on his way from Bunkpurugu, the vice president will stop briefly in Nakpanduri after which he will depart to Walewale.