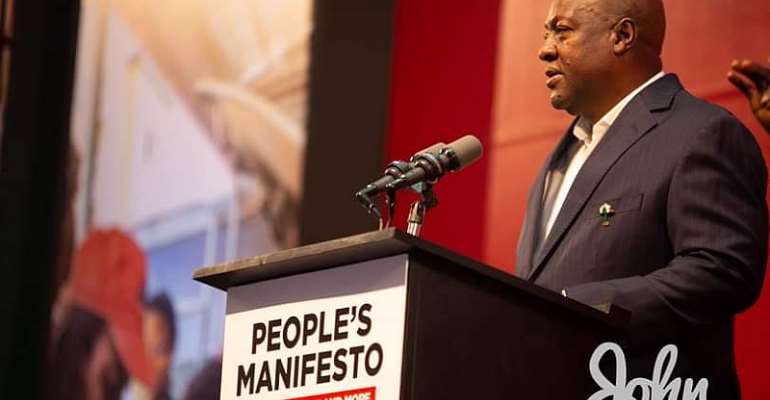 The Deputy General Secretary of the ruling New Patriotic Party (NPP), Nana Obiri Boahen, has called for an immediate apology from former President and NDC flagbearer, John Dramani Mahama to Akyem people or forget about winning the 2020 elections.

Obiri Boahen said Mahama should “retract and apply humility in his quest to come back to power.”

According to the Deputy NPP Chief Scribe, he was surprised at the former president’s choice of words and hoped the post making rounds on social media was fake.”

“John Mahama should apologize to all the people of Akyem. His comments was unfortunate and unpatriotic. If he fails to apologize it hurt him in the 2020 Election,’’ Nana Obiri Boahen exclusively told Kwaku Owusu Adjei on ‘Pae Mu Ku’ on Sunyani-based Kingdom FM 99.3.

Mr. Mahama had shared on his Facebook an unprovoked blistering attack on the persons of President Akufo-Addo and his Vice Dr. Mahamudu Bawumia by Isaac Adongo, National Democratic Congress (NDC) Member of Parliament (MP) for Bolgatanga Central, on the Agyapa Royalties debate.

Isaac Adongo had called those working on the Agyapa deal as ‘Akyem Mafia’ and Mr. Mahama amplified the NDC MP’s vitriolic comment on his Facebook page by adding ‘Akyem Sakawa Boys.

Nana Obiri Boahen recounted a number of derogatory tribal comments made by some leaders of the NDC against the people of Akyem, Stating that the NDC is fond of inciting tribes against the Akyems.

Meanwhile, the spokesperson for the 2020 campaign team of the National Democratic Congress, James Agyenim Boateng, has dismissed calls for the flagbearer of the party, John Mahama, to apologize for sharing an article that described some members within government as a ‘Sakawa’ group.