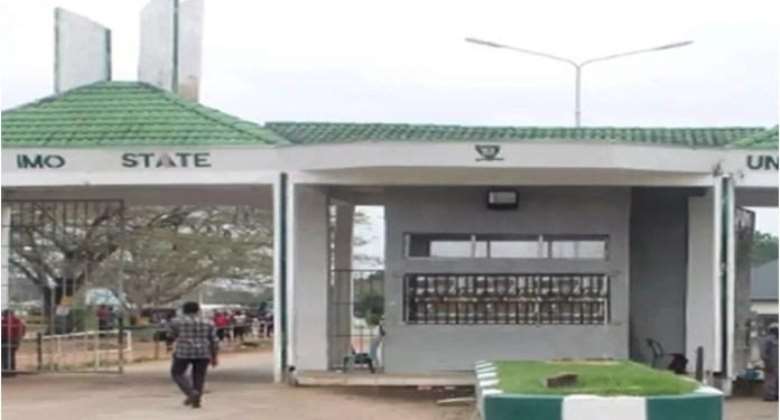 A professor at a Nigerian State University has been caught pants down for allegedly demanding for sex from a married female student.

The Imo State University professor, Emmanuel Agumuo, had allegedly made the sex demands after is seen initially collecting a bribe of 150,000 naira.

In a video which has since gone viral, he is seen completely naked as he is been handcuffed by security officers in a room.

Reports say the female student who set him up had issues with her results and approached him for help.

He initially demanded a sum of 150,000 which was provided, reports say.

However, the student was shocked when the Head of Department (HOD) demanded sex as an additional payment for better grades.

Reports say the student pleaded with Agumuo and it” fell on deaf ears”.

“The professor rejected the girl's plea that she was married. The girl then played along with the aid of security men. The don was arrested naked in a room with the girl. Of course, the nude video is all over the Internet.”

In response to the viral video, Public Relations Officer of the university, Ralph Obinjoku, has indicated that the school's management was not taking the development with kid gloves.

The school's management announced the indefinite suspension of the accused professor.

Watch the video of his arrest below