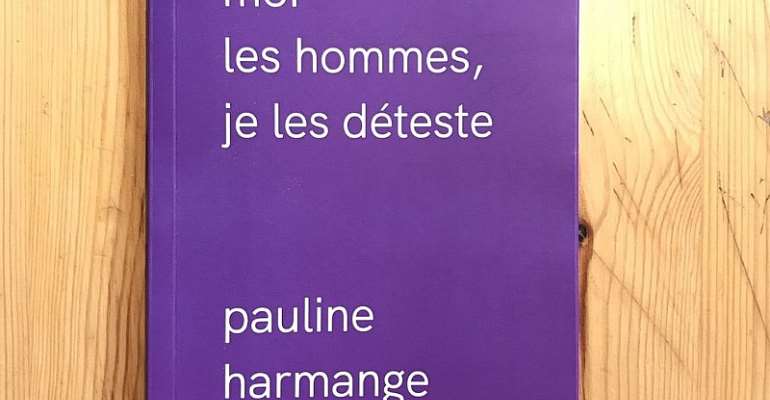 Sales of a French feminist book entitled “I Hate Men” have gone through the roof after a government official tried to have the work banned for inciting gender hatred.

Pauline Harmange's 96-page essay “Moi les hommes, je les déteste” explores whether women have good reason to hate men, arguing that this type of anger could actually be “a joyful and liberating path – if it is allowed to be expressed”.

While the work was expected to generate modest sales of a few hundred copies, its first three print runs were quickly snapped up after an adviser to France's gender equality ministry threatened the small publishing house Monstrograph with legal action if it didn't remove the offending material from shelves.

In an email obtained by French investigative news site Mediapart, Ralph Zurmély told Monstrograph that “incitement to hatred on the grounds of gender is a criminal offence” in France.

"This book is obviously, both from the summary on your site and from reading its title, an ode to misandry,” Zurmély's email said. "Consequently, I ask you to immediately remove this book from your catalog under penalty of criminal prosecution.”

While the email contained an official signature from the Ministry of Gender Equality, the ministry has distanced itself from the matter, telling Mediapart that Zurmély had sought to have the work withdrawn on his own “personal initiative”.

It appears Zurmély's action has backfired, however, with thousands of copies of “I Hate Men” already snapped up amid ongoing demand for more. Monstrograph, which is run by volunteers, said the book has now been picked up by a larger publisher with more resources.

While it has indeed been described as a manifesto for misandry or “man-hating” by its 25-year-old author, the book shows how misandry can be a way of “making room for sisterhood”, Monstrograph told Mediapart.

"This book is not at all an incitement to hatred … The title is provocative, but the subject matter is measured,” the publisher said. “It's an invitation not to force oneself to date or deal with men. At no time does the author incite violence.”

As the polemic gained attention in France, weekly news magazine L'Obs described the censorship threat as “a joke”, arguing that “while we're at it” author Michel Houellebecq – winner of France's top literary award Le Prix Goncourt – could also be banned for misogyny.

For her part, Harmange – who lives in Lille, northern France, and is married to a man – said she failed to see why a civil servant would make such as fuss over a small essay of just a few hundred copies. But the fact he had done so, she said, was “very problematic”.

Reports say international publishers have now shown great interest in having the work translated into English.