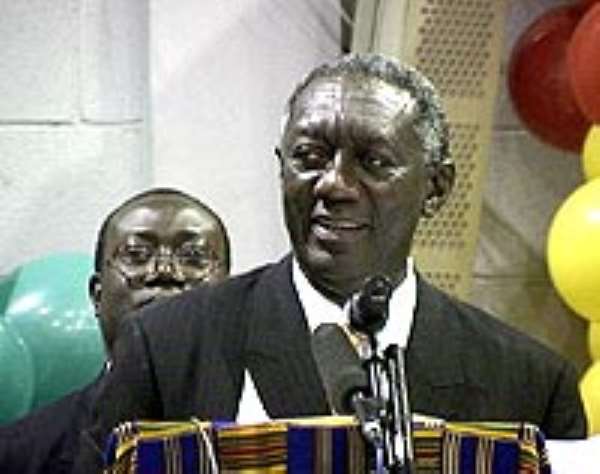 In an interview with veteran journalist Kwaku Sakyi-Addo, on Asaase FM Radio, one of the newest radio stations in the country, recently, former President John Agyekum-Kufuor is reported to have said that he would have been the biggest fool, if he had not included his highly qualified relatives and friends in his government (See “I Would Have Been the Biggest Fool without Family and Friends in My Government – Kufuor” Ghanaweb.com 9/7/20). The former President also reportedly went on to name cabinet appointees like his immediate younger brother, Dr. Kwame Addo-Kufuor, who served in the portfolios of Interior Minister and, subsequently, as his Defense Minister.

In reality, the Deputy Minister in the short-lived Progress Party (PP) government of Prime Minister K A Busia did not say anything new. You see, the very nature of all political cultures makes it inevitable that the relatives and closest associates of successfully elected leaders would be recruited to form a remarkable percent of that successful leader’s government, especially if such blood relatives and friends happen to be deemed to be obviously highly qualified for the portfolios to which they are appointed. Even in the juntas of such “revolutionary” leaders as Ghana’s Chairman Jerry John Rawlings, as we recently learned from Prof. Kwamena Ahwoi’s memoir titled “Working with Rawlings,” it becomes inevitable that relatives and friends would constitute the core or “Kitchen Cabinet” of the government.

So, for example, Chairman Rawlings had the Tsikata Brothers, actually the Tsikata Cousins, who were also widely known to be blood relatives and cousins with the Leader of the Revolution, serving in the cardinal capacities of National Security Adviser, in the case of Capt. Kojo Tsikata, and “Presidential” Legal Adviser, in the case of Mr. Tsatsu Tsikata. Indeed, for quite a considerable while, these two men, together with Chairman Jeremiah John Rawlings, of course, would determine the fate of hundreds of thousands of Ghanaian citizens, all in the dubious name of “Revolutionary Housecleaning” exercise. But unlike the much more transparent government of Mr. Agyekum-Kufuor, obviously because the latter’s was a popularly elected government, Chairman Rawlings and his associates and minions espoused “Probity, Accountability, Transparency and Justice,” even while, for the most part, the key operatives of the extortionate and sanguinary junta of the Provisional National Defense Council (PNDC) religiously practiced what is today aptly described as a classical example of “State Capture,” which meant that the key operatives of the PNDC actually came to envisage themselves as the Corporate Proprietors of Ghana, which latter entity promptly ceased to exist as a Sovereign Democratic Republic, the way it had been under the short-lived tenure of President Hilla “Babini” Limann, and the latter’s People National Party (PNP).

So, it is rather ironic that the leaders of the most nepotistic government in the history of postcolonial Ghana would smugly and self-righteously accuse President Agyekum-Kufuor of riding herd over the most corrupt government in Ghana’s postcolonial history at the time. An apparently disgusted Mr. Kufuor would cynically declare that the political sin and crime of corruption was as old as our Biblical Primal Pair, to wit, Adam and Eve. This poignant and witty riposte, as usual, was deviously twisted by the National Democratic Congress’ political opposition and made to seem as if Mr. Kufuor had endorsed corruption. But, in reality, what the Asante Atwima-Nwabiagya native had said was that, by and large, the perception of rank corruption among his appointees was being deliberately and strategically exaggerated by members of the opposition to score cheap political points.

But guess what? What mattered most here was the incontrovertible fact that under the Kufuor Administration, at least the government was delivering all the necessary services that the self-righteous leaders of the previous Rawlings-led “revolutionary” regimes had routinely denied the Ghanaian citizenry, almost as if acute socioeconomic deprivation were their divinely ordained lot, while Chairman Rawlings and his associates feasted high on the hog, as it were. At any rate, under the tenure of President Addo Dankwa Akufo-Addo, there have occurred clear instances of corruption. However, compared to all the previous Fourth-Republican governments, this is the one government that has delivered the most on its electioneering promises. Akufo-Addo’s Administration is also the most ethnically diverse and inclusive, in terms of the profiles of its cabinet appointees.

Even as the firebrand New Patriotic Party parliamentarian and media mogul Mr. Kennedy Ohene Agyapong observed the other day, if President Akufo-Addo has more of his relatives in his government than his immediate predecessor, this is obviously because the “Akyem Mafia” tend to be far better educated and politically and professionally seasoned than the “Gonja Mafia,” which well appears to be uniquely given to the pathologically cannibalistic practice of witch-hunting and witch-killing. As well, you see, Dear Reader, you cannot talk about “The Akyem Mafia” without also talking about “The Akuapem Mafia.” Together, these two Akan sub polities are, like Global Jewry, what they are. This is the underlying cause of the “Mahama Madness.”