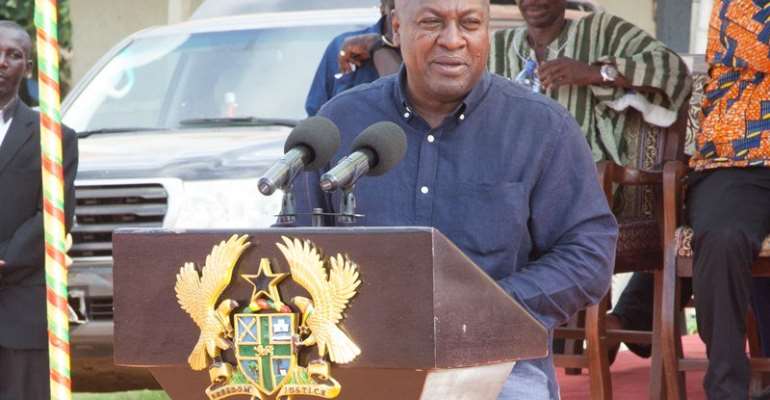 It is part of the dirty tactics of the pro-National Democratic Congress’ front men and women of the Ghanaweb.com media portal. So, I did not waste my time to promptly fire off a rejoinder to challenge the same because its abject lack of credibility was very obvious. I mean, we have even had Mr. Manasseh Azure Awuni, the latter-day zealous Mahama agitprop shill, tell his relatively vast audience in both the electronic media and the print media, as well, that going into the 2020 Presidential Election, the locally renowned investigative reporter would have voted for just about anybody, including Mr. Awuni’s own family dog, before deigning to waste his precious vote on the unquestionably garbage or shitty Presidential Candidacy of Mr. John “Airbus-Kanazoe” Dramani Mahama.

That ought to amply inform the Dear Reader that the then-Candidate Addo Dankwa Akufo-Addo had absolutely no need to spend profligately on foreign political experts and consultants in order to handily defeat the former President of the Dumsor Republic of Ghana (See “Akufo-Addo’s Use of ‘Dirty Lobbyist’ to Win 2016 Election Lands Govt in Trouble” Ghanaweb.com 8/25/20). The Ghanaweb.com operatives on the ground in Ghana are foreign agents and fronts because once, I had a Frenchman contact me from somewhere in Cameroon and introduce himself to me as the real proprietor of Ghanaweb.com. This same Frenchman informed me that he was also the owner of Cameroonweb.com. And true to what he had told me, a casual glance at the website of Cameroonweb.com showed striking similarities between both websites.

Anyway, the French proprietor of Ghanaweb’s sole reason for reaching out to yours truly was to stop him from putting specific dates on his articles. Well, yours truly promptly told him that dating his articles was integral to the composition of his articles, as it was also a way for him to keep track of the trend of his thoughts, as well as to figure out the general trend of the political affairs and events that had most piqued his literary afflatus, in order for him to catch up with his ideological inclinations or biases, in order for him to be able to cover other equally significant thematic issues that needed to be promptly highlighted and discussed. Whatever the real case scenario may be, it is quite obvious that venturing into the 2016 Presidential Election, the then-Candidate Addo Dankwa Akufo-Addo did not need the help of any foreign political pundits to seismically demolish the veritable cardboard and paper tiger that was a bumbling incumbent President John “Kanazoe” Dramani Mahama.

But, perhaps, what is most significant to underscore here is the indisputable fact that both the National Democratic Congress (NDC) and, presently, the ruling New Patriotic Party (NPP) have used foreign-based political consultants to run their presidential and general electioneering campaigns. In 2008, for example, the then-Candidate John Evans Atta-Mills, late, publicly reported, during an electioneering campaign tour of the country, that some visiting Nigerian guests of his who had been crisscrossing the country on the stumps with him had been robbed of their belongings, including humongous wads of undisclosed sums of money, largely US dollars and some local currencies, presumably some cedis and nairas as well. Back then, I don’t recall any group of “independent” and “nonpartisan” researchers and investigators demanding to know what these “foreign guests” of the then former Vice-President Atta-Mills were doing on the latter’s electioneering campaign trail in Ghana.

Even hypothetically assuming that, indeed, shortly after Candidate Akufo-Addo had seismically demolished the incumbent President Mahama in the 2016 presidential polls, the former, as the newly elected President of the Sovereign Democratic Republic of Ghana, had used public funds to partially defray the cost of his presidential campaign, this would definitely not even amount to half of the Ghanaian taxpayer’s money that as a presidential incumbent, Mr. John “Akonfem” Mahama had used to purchase private properties for the likes of Madam Akua Donkor, the functionally illiterate founder and Presidential Candidate of the Ghana Freedom Party (GFP). Madam Akua Donkor has personally, publicly and boastfully attested to the same. Which is why I fail to clearly imagine the sort of trouble or “wahala” that the cyber front men and women at Ghanaweb.com are suggesting Nana Akufo-Addo may very well be mired in.

As of this writing, Jubilee House had promptly and vehemently denied that it had misappropriated any public funds in the payment of any political consultancy fees for services rendered by any foreign pundit or pundits in the runup to Nana Akufo-Addo’s 2016 Presidential-Election Campaign. Shame on you, Ghanaweb!