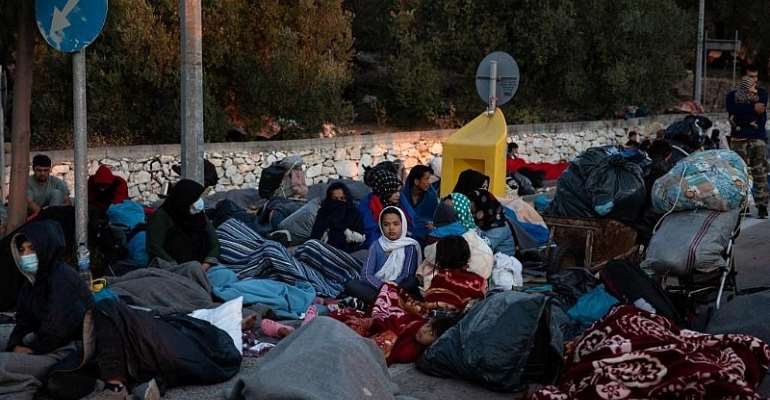 Ten European Union member states have agreed to take in a total of 400 unaccompanied minors left homeless after a fire laid waste to the biggest migrant camp in Greece. France and Germany are to take in the bulk, between 100 and 150 children each.

The 400 unaccompanied youngsters have already been moved to mainland Greece in the wake of the fire earlier this week which destroyed the overpopulated camp, leaving at least 12,000 people without shelter.

According to German Interior Minister Horst Seehofer, who made the announcement, the Moria disaster emphasises the urgent need for the EU bloc to reform migration policy.

"We are talking to other EU countries," said Seehofer, explaining that discussions were on-going with a view to finding safe refuge for the rest of the children.

The Netherlands have offered to accept 100 Moria migrants, half of them children.

A sharp reminder of the need for change

"Moria is a sharp reminder to all of us for what we need to change in Europe," said the EU Commission's Vice-President Margaritis Schinas, confirming that the European Commission will unveil proposals for a new pact on migration and asylum on 30 September.

Plans for the new pact had been repeatedly stalled because of disagreements over the question of distributing asylum seekers across the bloc.

Countries such as Poland, Hungary, the Czech Republic and Slovakia have refused to accept compulsory intakes of refugees, something that has prevented Europe-wide reform.

But Schinas said solidarity in shouldering the responsibility of offering refuge to asylum seekers cannot be limited to member states at the external borders of the bloc, nor to large players like Germany.

"We need a true solidarity in our migration policy," he stressed.