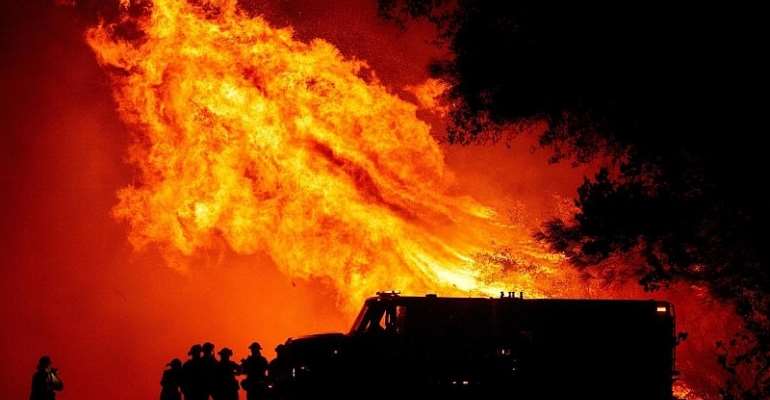 California firefighters are struggling against the state's largest ever inferno, as more than half a million people flee blazes up and down the US West Coast. Officials have warned the death toll could rise dramatically in coming days.

At least eight people have been confirmed dead in the past 24 hours across California, Oregon and Washington, but officials say some areas are still impossible to reach.

The so-called August Complex Fire became the biggest recorded blaze in Californian history on Thursday, after multiple fires in the state's northwest combined with high temperatures and winds to rip through 470,000 acres of dry vegetation.

Half a million people have been evacuated in the neighboring state of Oregon, authorities said.

"Firefighters are prioritising life and safety as they battle a record 900,000 acres of wildfires," said an Oregon government statement.

Governor Kate Brown said that the amount of land incinerated by fires in just the last 72 hours was twice the state's annual average, and that at least five towns had been "substantially destroyed."

"We have never seen this amount of uncontained fire across our state," she told a press conference.

"We know that there are fire-related fatalities. And as soon as we are able to provide confirmed information, we will do so."

Local Oregon officials have confirmed two deaths in the Santiam Canyon region, 95 kilometers south of Portland, and another was recorded in the Ashland area, near the California border.