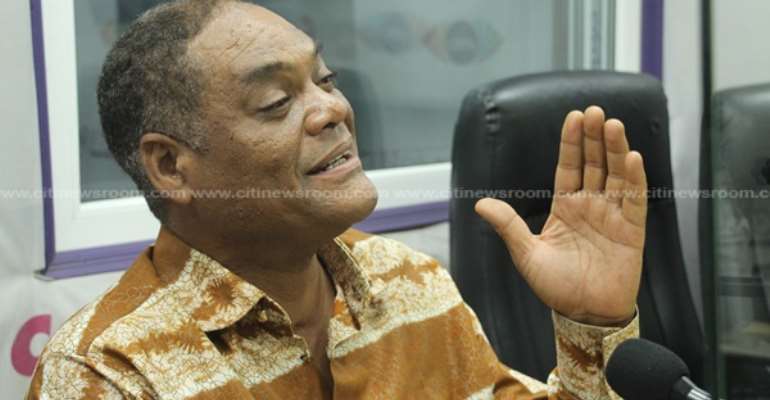 The flagbearer of the Convention People’s Party (CPP), Ivor Kobina Greenstreet has advised Ghanaians against selecting any of the two main political parties; the governing New Patriotic Party (NPP) and the opposition National Democratic Congress (NDC), at the upcoming general elections.

He describes the many voters who believe smaller parties such as the CPP do not deserve a vote in the poll as persons under a “grave illusion.”

The CPP, according to Ivor Greenstreet, is the only party that rather understands the true aspirations of ordinary Ghanaians.

He also believes only the CPP holds the keys to unlocking Ghana’s socio-economic development .

Speaking on the Point Blank segment on Eyewitness News, the CPP leader, urged Ghanaians who wish to see changes in their lives and the country’s governance system to try and give the party the nod by showing Ghana’s duopoly what he describes as an “electric shock.”

“The CPP represents some core things that are valuable to the people of Ghana. After 27 years, these two large parties have failed to properly deliver programmes that affect ordinary Ghanaians. Everybody is looking for something different and I believe it’s time to give the two main parties a proper electric shock. Those who are voting, are voting under the illusion that, when you vote for the CPP or any of the smaller party, it is a wasted vote but in actual fact, a vote for the NPP or NDC is rather a wasted vote because they don’t do anything in the personal lives of people. That is why a vote for the CPP is a vote for yourself,” he said.

Commenting on what the CPP brings to the table ahead of the 2020 general elections, Mr. Greenstreet hinted of the party’s preparedness to adopt proper systems aimed at tackling deep-rooted corruption and revamping industrialization.

“We are going to devise several strategies. There are some policy principles and alternatives that we have. There will absolutely be zero tolerance for corruption. There are other ways we can manage our resources to the benefit of our people. We are not going to do the NPP and NDC gimmicks in this country to get some loans and do some funny things. We will talk about how we will ensure there will be stations for locally produced products which are used for housing to create a massive industry.”

He continued by saying: “Ghana is supposed to be a multi-party state but the fact that it is a duopoly is an indication that the failures within the system need to be corrected. But we are determined that with the alternative politics that we have-if you look at the 27 years of these parties [NPP and NDC], Ghanaians themselves are tired of the capacity of these parties to deliver. That is why we are offering ourselves once again that on this occasion they will recognise the monumental promised failures of these parties,” he added.

This is the second consecutive time Ivor Kobina Greenstreet is leading the CPP into a general election.

As a first-time contender in 2016, Greenstreet won 25,552 votes in the presidential election, representing 0.24% of the total valid votes cast.

FixingTheCountry Movement to march in support of Akufo-Addo'...
2 minutes ago