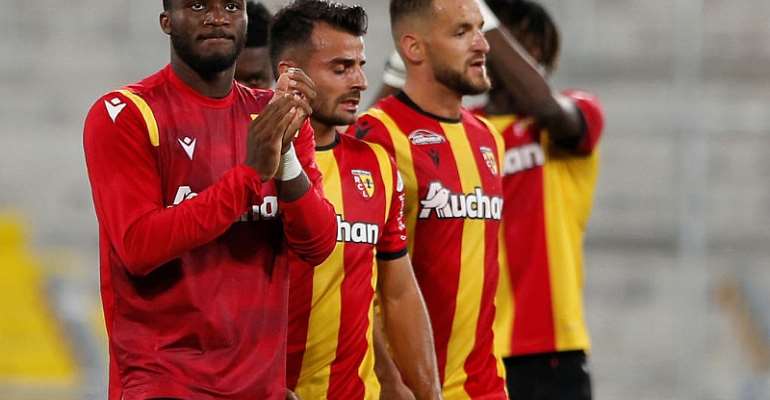 Paris Saint-Germain began the defence of their Ligue 1 title on Thursday night with a 1-0 defeat at newly-promoted Lens.

The German also handed a start to 20-year-old Marcin Bulka in goal.

Even without more than 600 million euros worth of talent, PSG were able to call on internationals such as Marco Verratti, Idrissa Gueye and Ander Herrera as well as Pablo Sarabia and Presnel Kimpembe.

But despite 78 percent of the possession in the first-half alone, they were unable to find the cutting edge to the delight of the 3,800 partisans who were watching Lens's first home game in the top flight for nine seasons.

Marksmanship
And PSG paid the price for their lack of precision 13 minutes into the second-half at the Stade Bollaert-Delelis.

Under no pressure and trying to play out from the back, Bulka slid a weak pass towards Verratti that was snapped up by Ignatius Ganago, who slammed home.

The strike was the Cameroon international's first goal for his new club after signing from Nice in July.

“We had a good first half,” said Tuchel. “We were in their half most of the time and we were playing with a good rhythm, good organisation and structure but we couldn't make the most of our chances.

“We made the mistake and afterwards it was clear that we lost our rhythm. We were obviously tired after 75 minutes of such an intense match.”

Tuchel's depleted band will need to rediscover their mojo quickly during a rush of fixtures in the next 10 days.

PSG take on Marseille at the Parc des Princes on Sunday before another home match with Metz - which was their original opening fixture - on Wednesday and a trip to early pacesetters Nice on 20 September.