Election 2020: A Contest Of Track Records And Manifesto Promises! 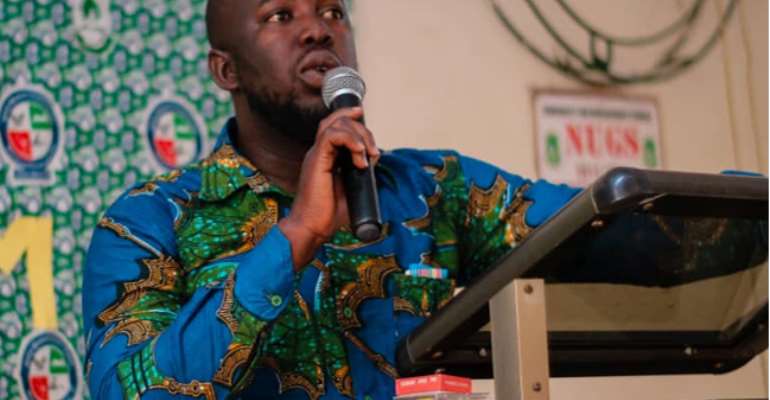 The rebirth of multi-party democracy in Ghana in 1992 has repositioned the country in an enviable path to governance. The process of democratization including constitutionalism, party politics visas via manifesto, has chronicled the modern governance process in the past three decades in Ghana's life-giving the 4th republic.

The duo play of NDC- NPP led administration with a weakening third force has made commentators and governance expense perceived Ghana as fast becoming a two-party state. What is worth appreciating is the experience of headlines political discourse during every electioneering season.

One will agree that the 2012 election which was more of sentiments with minority groups galvanizing support for the NDC at the time was not the same in the immediate past election. Election 2016 was largely fought in corruption and promises. The NPP at the time capitalized on the seemingly countless allegations of corrupt practices that dented the reputation of the NDC and subsequently leading to the defeat of Candidate John Mahama.

Gauging from the recent political party manifestoes and commentaries on social media and traditional media. Experts and political parties themselves have situated the 2020 election on the campaign of track records and manifesto promises. The 2016 election saw the NPP gave a juicy promise with their pledge to fighting the canker of corruption and that appears to have won the heart of many Ghanaian and victory was delivered.

In assessing the performance of the NPP in delivering on the mandate of corruption, the setting up of the office of the special prosecutor was a milestone in demonstrating commitment in institutional mechanisms in dealing with the canker of corruption. Sadly, there is no much to show for in winning the war against corruption. There are a lot of government deals including Agyapa Royalties Limited that appear to be elite captures. The issue of mission excavators, PDS deals just to mention but a few; is an equalization of the previous administration that was described as a corrupt regime.

To situate the debate on the context of corruption score, the John Mahama led administration and the Akuffo Addo regimes are highly corrupt and empowered very few elite class with the state capture. It would be significant to conclude that, both regimes have no moral justification to pride themselves in the fight against corruption. No wonder the major political parties have swiftly shifted the debate to a contest of track records and manifesto promises. It is admonishing that, they have failed in the war against corruption?

The NPP government that came to power through a juicy promise has done very little in terms of manifesto campaign promise fulfillment. Nonetheless, the creation of the six new regions and the hasty implemented Free Senior High School policy, are some track records. However, the failure of the government to address the issue of big government side as they have created an elephant side government coupled with the construction of pounds as One Village, One Dam policy initiatives are all failures of the regime juicy campaign promises. The NPP regime cannot score a past mark in terms of the overall assessment of performance. With too much borrowing and very little to show for, the NPP government has largely failed the good people of Ghana.

This is not to suggest, that the NDC government is a competent alternative either. Although much development initiatives were carried out in the Mahama Led administration, many projects appear not to have value for money as shoddy work was done in most of the government infrastructural projects; mention could be made to include portions of the Sawla- Fulfusu road, part of the eastern corridor stretch and many more.

The NDC 2020 manifesto just like the NPP in 2016 manifesto is the most ambitious political party manifesto so far. The gimmicks of the major political parties in Ghana must be checked. We cannot continue to allow political parties to give us sweat promise just to trick us to vote them. We must begin to demand a clear explanation of implementation plans and resource mobilization. It is high time we restructure and empower the National Development Planning Commission so it becomes the reference point for political parties to develop manifestoes. The continued practice of ‘manifesto regimes’ if it continues, the country would not chart a significant development path. For political parties, what mattered most is to woe voters and get their vote and not that they are conscious of development.

It is great news that the 2020 election campaign is shifting from previous campaign message; the campaign on track record would better informed discerning voters to appreciate what policy interventions including physical development, and how impactful those are and to make their choice. The manifesto promise would equally provide the electorate the opportunity to re-examine the records of the two major parties in fulfilling previous promises and how feasible is the promise made.

We must be very conscious of the fact that political activism is expected to advance our socio-economic and larger development paradigm. The process should begin with us being more discerning and focused on voting wisely and not allowing our morality to be eroded and to make wrong choices by falling on the trap set by political parties.