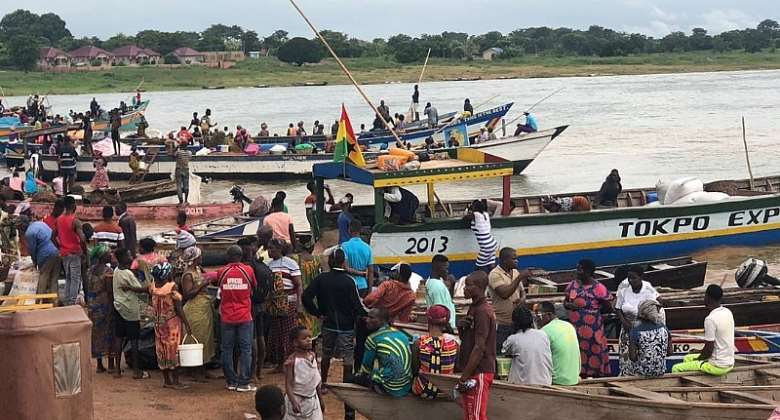 Rescuers have retrieved the body of a child from the Oti River at Kete-Krachi after a boat accident.

Kete-Krachi Police Commander, Assistant Superintendent of Police Samuel Nkrumah, told the Ghana News Agency (GNA) that the body of Momkokpamo was retrieved by divers at about 7pm on Wednesday when the boat capsized in a storm at Krachi West District of the Oti Region.

ASP Nkrumah said five others involved in the boat accident were rescued by divers after the incident and rushed to the Krachi West District hospital.

He said three of the victims were on admission while two were discharged.

Mr Nkrumah said the Naval officer, C. O. Boakye warned boat operators of an approaching storm and cautioned operators to allow the strong winds to subside but the operator of the accident boat defied the order.

Mr Nkrumah said the accident occurred just about 300m from the landing beach at Kete-Krachi after the operator set sail heading towards Nkomi, a suburb of Sene East in the Bono region.

He said the incident was witnessed by people at the overbank, who organised the rescue mission to save the five.

Meanwhile, the body of the deceased was given to the parents for burial while the operator of the boat is being sought by the Police.

He appealed to the public to assist in the arrest of the operator.