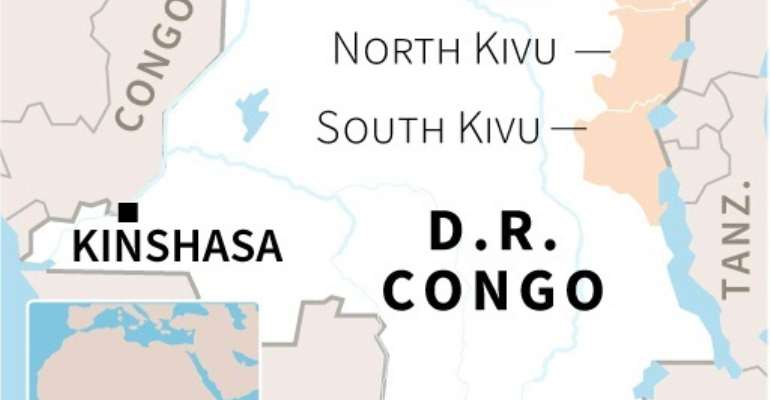 Fifty-eight people have been killed in the eastern DR Congo province of Ituri, the province's interior minister told AFP on Thursday, attributing the massacres to a notorious militia.

Twenty-three people were killed in Irumu territory in southern Ituri on Tuesday, followed by 35 there on Thursday, said minister Adjio Gidi.

"Large numbers of the population" have fled their homes, he told AFP.

He blamed the Allied Democratic Forces (ADF), which originated in the 1990s as a Ugandan Muslim rebel group.

"Our forces are already in the area and are in contact with the enemy," he said.

Hundreds of civilians have died at the hands of the ADF since the armed forces launched a crackdown in North Kivu last November.

"People were killed with every sort of weapon, knives, guns," a member of the Nyali community in Tshabi, Richard Balengilyao, told AFP.

The search effort was being complicated by thick forest, he said.

"Right now, the Congolese army, supported by local people, is still looking for victims in the forest," he said.

"Seventeen people are listed as disappeared, but they have almost definitely been kidnapped."

The ADF is one of more than 100 armed groups that trouble the eastern provinces of the vast Democratic Republic of Congo, many of which are the legacy of full-fledged wars of the 1990s.

The northern part of Ituri this year has seen brutal killings in the territory of Djugu, blamed on an ethnically-based militia called the Cooperative for the Development of Congo, or CODECO.

A senior delegation from the central government was scheduled to arrive in Ituri on Friday to discuss the province's security problems.