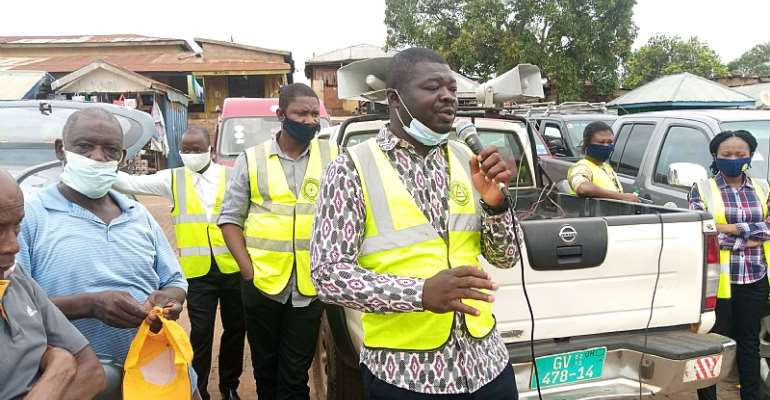 Rather, they must endeavour to call and inform either the police, fire and ambulance services.

Mr Kwasi Agyenim Boateng, the Bono, Bono East and Ahafo Regional of the NRSA gave the advice during a road safety sensitization exercise, the Authority organised for drivers and passengers at some lorry stations in the Kintampo Municipality of the Bono East Region.

Studies, he indicated showed that some victims survived accidents but later strangled to death when being assisted to be evacuated from accident scenes and vehicles.

This is because people who tried to support and evacuate accident victims lacked the required skills to do so, and consequently strangled some to death, he added.

He said it was not bad idea to assist accident victims, but that should be done cautiously by institutions entrusted to do so, and advised drivers and people who rushed to accident scenes to the media or relevance institutions.

Mr Agyenim-Boateng commended commercial drivers plying on Techiman-Kintampo-Tamale highway for the reduction in road accidents, which he noted was as a result of improved driver discipline.

He observed that road safety education had gradually gone down well and many drivers in the area had understood and observing road regulations and signals, hoping that drivers would continue to discipline themselves to bring sanity on the road.

He reminded drivers to renew their licenses, insurance and road worthy certificates, saying the police would not spare drivers who flouted road safety regulations.

DSP Brobbey advised drivers to be cautious on the road to control human errors which contributed to about 90 per cent of road crashes and fatalities.