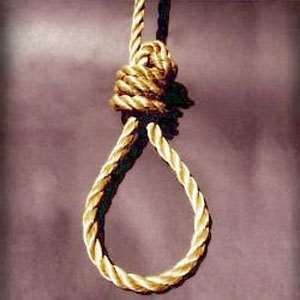 The World Suicide Prevention Day (WSPD), which falls on the 10th September of every year is an opportunity for raising critical awareness on the reality of suicides and the attendant devastations it leaves for all. This day is a special day for calling the attention of national governments, organizations, and individuals to the urgent need to contribute meaningfully towards the prevention of suicides.

Seen usually as an individual problem, suicide has wider consequences for the whole family, friends and colleagues, employers and employees, communities and the country in general. Suicide occurs at the intersection of biology, psychology, psychiatry, cultural, existential crisis, and a host of factors. It is best conceived as a multicausal problem that requires multiple expertise and multi-sectorial approaches for addressing it.

Available statistics from the World Health Organization in 2012 has it that globally, more than 800,000 people take their lives annually, which equate to 1 suicide nearly every 40 seconds. For each suicide, more than 20 people attempt suicides. The single most important risk factor for suicide across the general population is a previous suicide attempt.

Among school-going deaf adolescents, 1 in 10 students reports attempting suicide in the past 12 months.

Across second cycle schools, about 2 in 10 students report intentional self-injury or self-poisoning in their lifetime.

2 out of 5 adolescents who identify as LGBT engage in self-poisoning or self-injurious behaviours.

Ongoing research indicates that some displaced staff and survivors of the recent banking sector clean-up have contemplated and attempted suicide.

The multifaceted nature of the problem requires that we go beyond one-size-fit-all prevention frameworks which are not achieving the much needed results. This is because interventions from such frameworks are usually singular, universalized, and acontextual, and often inform a conceptualization of suicide as an individual problem requiring solutions at the individual level. Many countries are instead embracing frameworks that situates suicides within particular social and cultural contexts towards context relevant solutions. A context-based understanding is useful because evidence shows that not all who bear suicide risks go ahead to kill themselves.

In Ghana, evidence shows age-related suicide risks factors that intersect with other factors including gender, familial, cultural and social and economic. School and family related factors such as bullying, poor academic performance, substance use, parental neglect, physical and sexual abuse, and financial constraints have been implicated in many adolescent suicides, alongside (cyber) bullying, romantic relationship crisis, and issues related to shame and dishonour. For such adolescents, lack of safe outlets for ventilating their concerns lead them to risky behaviours such as unsafe sexual choices, substance use, self-cutting, self-poisoning, which all pose grave risks to their lives. A recent study, however, shows that parental warmth and understanding and familial social support act as key protective factors against the onset of suicidal behavious among adolescents and young people.

Among adults, the evidence in Ghana has revealed the gendered nature of suicides, where some men use suicides as means for escaping loss of face due mostly to inability to fulfil what is considered the three P masculinity norms in Ghana, i.e. ability to provide materially for one’s nuclear and extended family, ability to perform sexually, and ability to produce children. A recent study into suicides among men in Ghana showed that for some men, strict adherence to traditional masculine norms hinder their ability to disclose their psychosocial troubles due mainly to fear of stigma and name calling. The use of substances such as alcohol and marijuana present as self-medication strategies, which in turn aggravate the situation of some men, and subsequently elevates the risk for suicides.

Although female suicides are grossly under-reported among some groups in Ghana, available evidence shows that most women who live under oppressive marital, family and community contexts kill themselves when they have no option for seeking redress. Studies have also shown how some of the aged in Ghana take their lives due to feelings of being a burden to their relatively young benefactors. For a majority of these older persons, chronic illnesses combined with conflictual relationship with spouses and children, as well as indebtedness remain serious push factors for their suicides. Suicide research evidence in Ghana has also shown that the labelling of older women as witches is a risk for suicide among aged women. More worryingly, recent evidence from Ghana suggests that ALL media houses in Ghana have failed in their reportage of suicide in line with WHO standards for suicide reporting. Besides the problems of sensationalism and needless glamourisation, our media houses continue to give detailed account of suicide methods, post images of suicidal persons, and fail to provide the public with suicide prevention education and professional contacts for suicide support services. Failure to adhere to prescribed suicide reporting standards is a great risk for copycat suicide in vulnerable persons.

It is important that as a country, we scale up our efforts towards preventing incidences of suicides. One key way of doing so is by first seeking to understand the stories surrounding each suicide case to know what we can do as individuals or groups to help. However, the current practice of stigmatization, social taunts, and criminalization of suicide attempt militate against genuine efforts towards getting people to share their problems to attain the needed help.

Persons in suicidal crises fall into a heterogeneous population. Data continue to show that the rich and the poor, males and females, clergymen and congregants, the famous and the unknown, etc. have been victims. Persons who undergo suicide crises are experiencing one form of mental anguish or the other, due to frustration of some psychological needs. As a people, we may not know whatever needs may have frustrated others but we can offer the needed help if we remain trustworthy and empathetic around our compatriots who experience psychosocial crises.

In light of the WSPD 2020 theme “working together to prevent suicides’, we must constantly remember that each and every one of us may be the lifeline to others in crisis if we keenly look out for some unusual signs including unusual isolation of self, persistent loss of appetite, risky behaviours, giving out of precious belongings, substance use and abuse, among others. Let us also listen attentively to words and sayings that are very suggestive of suicidal intentions and provide the needed help if we can or link up such persons to professionals around if the issues are beyond us. Scientific and anecdotal evidence shows that, with a timely help both in material and emotional terms, individuals who once underwent suicidal crisis can go on to live prosperous lives. Let us stop stigmatizing people in crises, and work together to prevent suicides.

The fight to prevent suicide critically requires leadership at the governmental and political levels to show commitment towards prioritizing and investing in improving mental health of citizens. One such commitment is to expunge the code that criminalizes suicide attempt survivors from our law books and rather put in place safety nets to support vulnerable populations. This year, we once again call on the Government to demonstrate this commitment.

The leadership of the Ghana Psychological Association and partners wishes to encourage every Ghanaian to support the GPA’s 10Ps Campaign (Assure and encourage at least 10 Persons in distress to seek help) and remember Psychology is Life.

Nigel Giasie strikes with another AFCON revelation
49 minutes ago