Professor Vincent Marechal: What we know about France’s Covid-19 cases 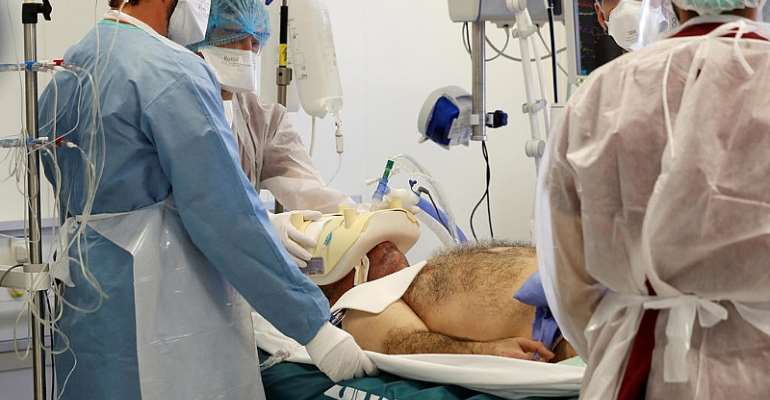 France has seen a sharp rise in the number of coronavirus infections in recent days. But the surge has not been matched by a rise in severe cases admitted to hospital, as has been the case in other countries. Does this mean the virus is becoming less deadly? RFI put that question to Professor Vincent Marechal, a virology expert and director of the Life Science department at Sorbonne University.

Has Covid-19 become less virulent?
It is known that infectious agents causing epidemics can sometimes become less virulent over time (a process known as attenuation). So far, there is no solid scientific argument to say that this is the case in France.

This assumption mostly comes from several unrelated observations: from July up to now, a growing number of confirmed cases of Covid-19 -the virus that causes Covid-19- have been observed in France, as shown by an increasing incidence rate as well as a higher positivity rate. However, this increase is not yet associated with a major increase in the number of severe cases in the hospitals.

During the summer, several studies were published addressing the question of the impact of specific mutations on the virus virulence and transmission. One mutation (called D614G in the spike protein, which plays a key role in the early steps of a viral infection) emerged early on in the pandemic and is now dominant in many places around the world, suggesting that this mutation may have helped the virus to disseminate. This is a highly debated assumption. This mutation, however, was not associated with a less virulent behavior.

Another recent study by Barnaby E Young and co-workers in the Lancet medical journal investigated the impact of a local deletion in the viral genome called delta 382. This mutation has been detected in a limited number of patients but was indeed associated with a less severe form of the disease.

So far, we don't have evidence that the viral strains in France have such mutations and are therefore less virulent. There are several alternative hypotheses. First, the virus is currently circulating in a population that is rather young and therefore less prone to have severe forms. Second, people who are at risk are probably more informed of the risk and therefore protect themselves more carefully. Third, the more fragile members of society have were hit hard during the first wave.

Different countries seem to have different models for measuring Covid-19 infection rate. Is there a way of standardising it?

There's a large heterogeneity in the indicators, including the R0 (representing the number of new infections stemming from a single case), that have been used to describe the epidemic in different countries and even within the same country at different periods of time.

For example, one should remember that the number of positive cases per week depends on the number of people that have been tested for SARS-Cov-2. France tested 30,000 people a week in March, whereas we are currently testing about one million people a week.

The positivity rate (number of positive cases over the total number of people that are tested) is more interesting to me. If we assume that the population that is sampled for testing is comparable from one week to another (which is probably not true), a significant increase in the positive rate is a good indicator of an increased circulation of the virus.

I would also suggest taking a look at indirect indicators when available. From March, we and others have suggested quantifying the viral genome in wastewaters.

In the Parisian area, we could observe a strong increase from March to May, followed by a marked decrease up to June (demonstrating that the lockdown procedure was efficient).

From 23 June, we observed a slight but continuous increase in the concentration of the viral genomes in wastewaters in the same area. We are now convinced that this increase was an early sign of the return of the virus during the summer, which is now confirmed by other epidemiological indicators.

A number of therapeutic measures have been developed since the onset of the pandemic. Will these treatments help combat Covid-19 while waiting for a vaccine to be developed?

Several therapeutics (such as dexamethasone - a steroid - and anticoagulant) or medical practices have proven effective in treating severe cases. So far, we still do not have efficient antiviral molecules but many molecules are still being evaluated. Notably, the use of hydroxychloroquine (associated or not with azithromycin) has been found to be ineffective. There are still some interesting results to come from drugs that can attenuate the inflammation process, such as inhibitors or the L6 or IL1-dependent pathways. In any case, we have learned a lot about the disease and how to take care of severe forms, but we have not found the ideal therapeutic solution. Therefore, the best way to deal with the virus is to avoid infection – through preventive measures– and wait until one or several vaccines are made available.

How long will it be before a vaccine becomes available?

More than 200 vaccine projects have been launched and eight vaccines have now entered phase III of evaluation, a phase where both the efficiency (ability to protect people against the natural infection) and the putative toxicity (adverse effects) are evaluated on thousands of people. It is extremely important to report any potential side effects, which is what happened on 9 September when the AstraZeneca vaccine trial was suspended over safety reasons. This is to convince people that the vaccine will be delivered only when it is considered safe.

Today, most specialists consider that one or several vaccines may be available in 2021, which would be a remarkable achievement. The vaccination campaigns will probably be gradual, involving first the more fragile patients and those who are most exposed to the virus.