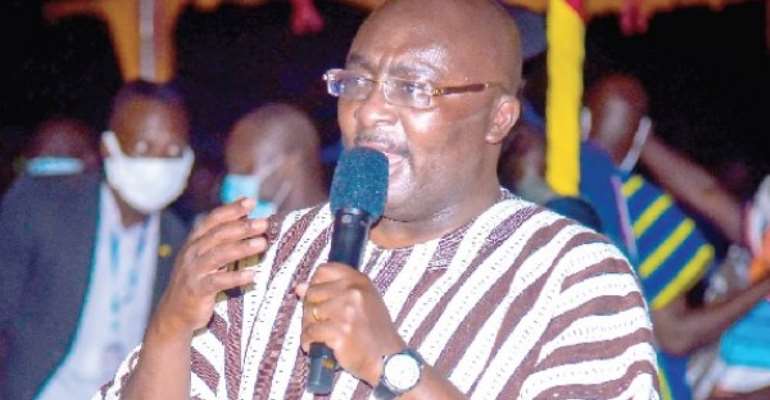 Vice President Dr Mahamudu Bawumia has arrived in Bolgatanga, the Upper East Regional capital, to begin a two-day working visit to the region.

The Vice-President on the first day would visit and interact with displaced flood victims at Anateem, a community in the Bolgatanga Municipality, and make a donation of relief items to the affected persons.

Dr Bawumia would proceed to the Kobore Bridge in the Bawku West District to have an overview of the affected area, where torrential rains and the spillage of the Bagre and Kompienga Dams, in Burkina Faso, had submerged the bridge and several hectares of farmlands.

The flood also washed off parts of the Bolgatanga-Bawku road.

The Vice President would return to Navrongo in the Kassena-Nankana Municipality to inspect development projects and interact with chiefs and people of the area.

On the second day of the tour, the Vice President would visit the Kassena-Nankana West District, where he would inspect projects and interact with the chiefs and people of the area.

He would proceed to the Bongo District to inspect projects such as the Bongo-Balungu Bridge and interact with the chiefs and people of the district.

The Vice President would end his tour at Nangodi in the Nabdam District.