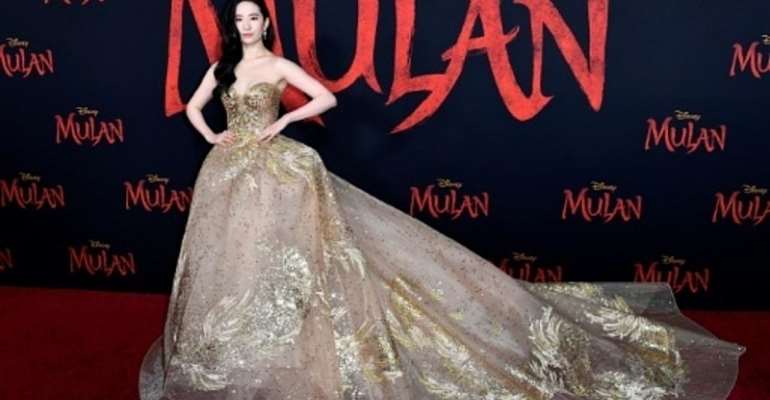 Disney studios has come under fire for filming part of its live-action movie Mulan in Xinjiang, the "Autonomous Region" in China where the government has been accused of grave violations of the human rights of Uighurs and other predominantly Muslim minorities.

The final credits in the film, which was released on Disney Plus last week and is being rolled out in several countries this month, thank propaganda departments in Xinjiang as well as the public security bureau of Turpan, a Uighur-majority city in the region.

Human rights activists and some China experts have taken to social media to condemn Disney for turning a blind eye to alleged abuses in Xinjiang. They accuse the American enterprise of kowtowing to China for access to its lucrative movie market, the second-largest in the world.

Amnesty International tweeted a link to a media report on the controversy and asked Disney, “Can you show us your human rights due diligence report?”

A Washington Post opinion contributor called the movie a scandal, and one widely shared tweet suggested the Mulan crew may have seen "reeducation camps” for Uighurs while travelling to filming locations.

Uighurs and other predominantly Muslim minorities in the remote Xinjiang region have been locked up in camps as part of a government assimilation campaign launched in response to decades of sometimes violent struggle against Chinese rule. Some have been subjected to forced sterilization and abortion, and in recent months, ordered to drink traditional Chinese medicines to combat the coronavirus outbreak.

Ballad of Mulan
The film, which is a remake of the popular 1998 animation, is based on the ancient Chinese tale of Hua Mulan, a young woman who takes her father's place in the army by dressing as a man. The first known version of the story was the Ballad of Mulan, written in the 4th century, and over the centuries, dozens of remakes and sequels were shown to the public. One of the most iconic versions was a 1917 theater play starring Mei Lanfang, China's greatest Beijing Opera actor.

This latest remake of Hua Mulan is no stranger to controversies, even before its release.

Last year, a boycott movement was sparked when the lead actor, Liu Yifei, a Chinese-American originally from Wuhan, publicly supported Hong Kong police when they were accused of using excessive force against Hong Kong pro-democracy protesters.

Alan Horn, co-chairman and chief creative officer of The Walt Disney Studios, said in February that the company doesn't want to be dragged into a political discussion.

“I can't speak for what Yifei says in China, we didn't know about it, what she was going to say, and that's up to them,” he said during a roundtable session with other entertainment executives including from Netflix and Warner Brothers.

He did note the importance of the Chinese market, where Mulan opens Friday. “If 'Mulan' doesn't work in China, we have a problem,” he said. It's a crucial time for Disney. In August, the American entertainment conglomerate said its net income fell dramatically after having to close theme parks temporarily and cancel theatrical releases because of the coronavirus pandemic.