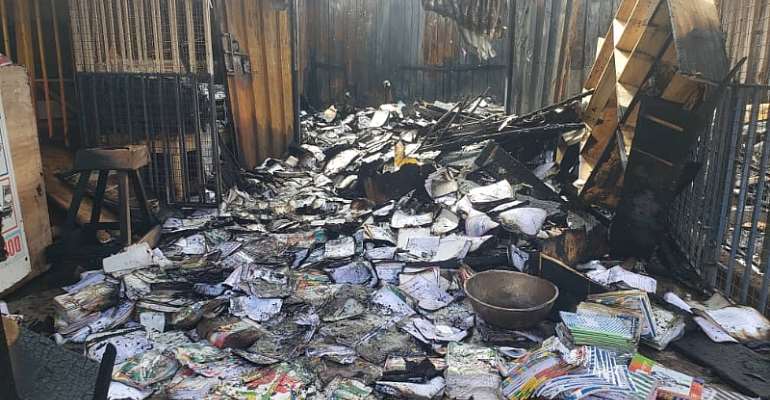 Some parts of the Dome market is in ruins.

This was after fire gutted about 20 shops on the dawn of Thursday, September 10.

Shops and other structures were consumed by the fire, which is believed to have started at 1 am on Thursday.

Personnel from the Ghana Fire service have been able to douse the fire, but properties worth thousands of Ghana cedis have been destroyed.

A City guard who witnessed the incident narrates how they helped firefighters to quench the fire.

Though affected shop owners are unable to give an estimate of what they have lost, they are calling on the Government to come to their aid.