NPP Can't Get A Second Term, They've No Justification For It – Alabi 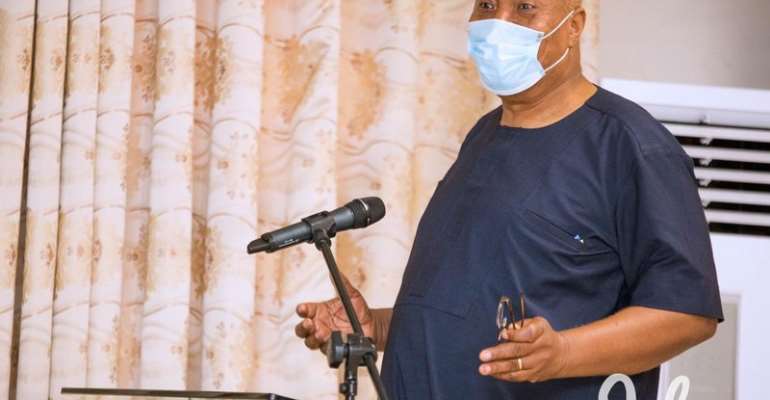 Campaign Manager of the opposition National Democratic Congress (NDC) Prof Joshua Alabi has said the governing New Patriotic Party (NPP) has deceived the electorate and, thus, have no justification to ask for a second term in office.

According to Prof Alabi, the NPP has not been able to fulfill most of the promises it made to Ghanaians ahead of the 2016 polls, which convinced the people to vote them into government.

Prof Alabi who was speaking in an exclusive interview with Accra News’ Nana Yaw Adwenpa on Wednesday, 9 September 2020, noted that the NDC flagbearer John Dramani Mahama is receiving attention from the people as a result of the NPP’s failure to deliver on its 2016 campaign promises.

“It’s clear from what has happened for the past three and half years that they’ve done nothing to justify why the people voted for them. It has made the campaign more interesting because it’s an opportunity for the electorate to compare and as a result of their failure, the flag bearer of the NDC John Mahama Is being received very very well,” Prof Alabi said.

He referred to the NPP’s promise prior to the 2016 polls and indicated that the party had deceived the electorates due to its failure to deliver on its promise.

“People listened to the NPP in 2016 with a lot of promises and they were expecting the NPP to deliver. The NPP at that time said for example, one constituency one million dollars a year, which means that by now the constituencies should be receiving $4 million and we know what they can do with $4 million. All the places that we went to, none of them have received their money so they were deceived.”

Pro Alabi pointed out that the NPP ahead of the 2016 polls, had made unrealistic promises only to assume office and not deliver as promised.

He stated: “They also promised the people 1-Village-1-Dam, you can imagine the number of villages that we have in Ghana. At that time. President Mahama asked whether they’re talking of dugouts or dams. They said dams. Recently when they were asked some few questions about the type of dams that they said they were building, the Minister responsible said how can she use about 250,000 to build the type of dam that we want. But you said dams. Even the few that they’ve built, they are not even dams, they’re seasonal pumps, where just within some few months, they all dry off, so again they’ve been deceived there.”

A/R: Journalists on tour with Regional Minister involved in ...
35 minutes ago

Focus on promoting human rights, be swift and fair in applic...
37 minutes ago