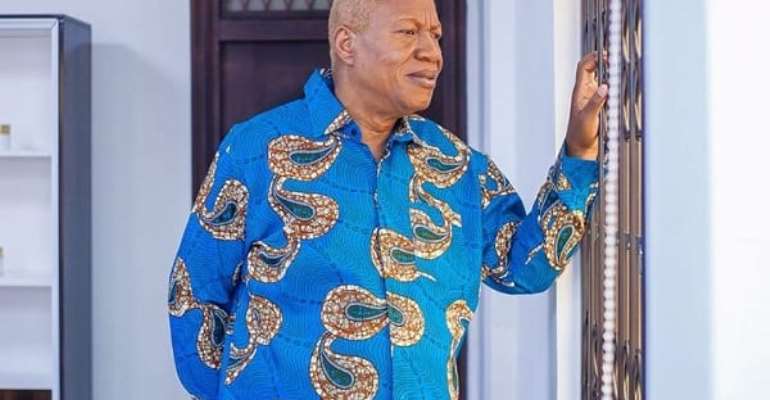 The National Democratic Congress (NDC) Campaign Manager for the 2020 elections, Professor Joshua Alabi has indicated that Ghanaians are clamouring for the comeback of former President John Mahama to complete the many abandoned projects he started during his time as President.

According to Prof Alabi, Ghanaians are dissatisfied with how the governing New Patriotic Party (NPP) has abandoned projects started by Mr Mahama, who is the NDC’s flagbearer in the December polls.

In an interview with Class 91.3FM's Nana Yaw Adwenpa on Wednesday 9 September 2020, Prof Alabi stated that the resources used in financing the projects are from the taxpayers and, therefore, must be used to cater for their needs.

Prof Alabi noted that judging from their campaign tours and interactions with people mostly in deprived areas, “really the people have realised that His Excellency John Mahama did well and they need to give him the chance to come and continue all these projects and add more.”

He reiterated that Mr Mahama has a track record of infrastructural development because “it was clear that Mahama performed” during his first tenure.

Prof Alabi also stated the former president is warmly received as a result of the people’s appreciation of his good works, compared to the current Akufo-Addo-led administration, adding that: “If Nana hadn't won the election, people wouldn't have appreciated the NDC under his Excellency John Mahama, so it is clear now. They’re yearning for a comeback of John Mahama and the NDC. This is all we get all over, everywhere we go.”