A/R: Over 1.1 million Children To Be Immunized 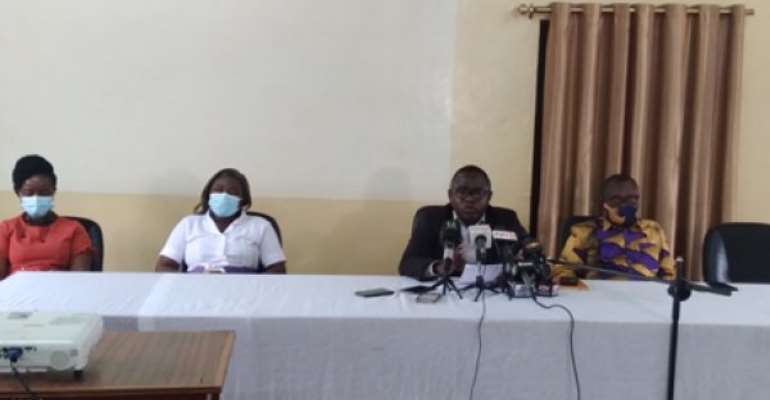 The Ashanti Regional Health Directorate is set to immunize 1,184,860 children below five years against Polio as it joins seven other regions for a mass immunization exercise between September 10 and 13.

A total of 2,714 teams are expected to visit various homes and public places in all the 43 districts across the region under the supervision of 452 senior officers.

Dr. Yaw Ofori Yeboah, the Deputy Director of Health Services in Charge of Public Health who announced this, called for the maximum cooperation of the public for successful exercise.

Speaking at the media launch of the immunization exercise in Kumasi, Dr. Yeboah disclosed that the region had recorded eight cases of Circulating Vaccine Derived Polio Type 2 in six districts.

"In accordance with established protocols, the region together with other regions in the country would be embarking on a massive Polio Immunization exercise for children under five years.

"It is important for the population to know about this all important exercise and as a result, we have also engaged 2,370 mobilizers to pass on this very important message to our people", he added.

He said the vaccine was extremely safe and effective at protecting children against lifelong Polio paralysis and urged parents not to be skeptical but avail their children for the immunization.

Dr Yeboah explained that Polio was an infectious disease that could paralyze and even cause death, adding that it enters the body through water or food that had been contaminated with infected faeces.

He said both children and adults could be infected but children under five years were mostly at risk and underlined the need for all stakeholders to get involved to kick out the disease from Ghana.

"Polio has no cure and can only be prevented through immunization, good hygiene and sanitation practices" he emphasized.

He acknowledged the support of partners such as the World Health Organisation (WHO), United Nations Children's Fund (UNICEF), Rotary Club Ghana and the Bill and Melinda Gates Foundation.