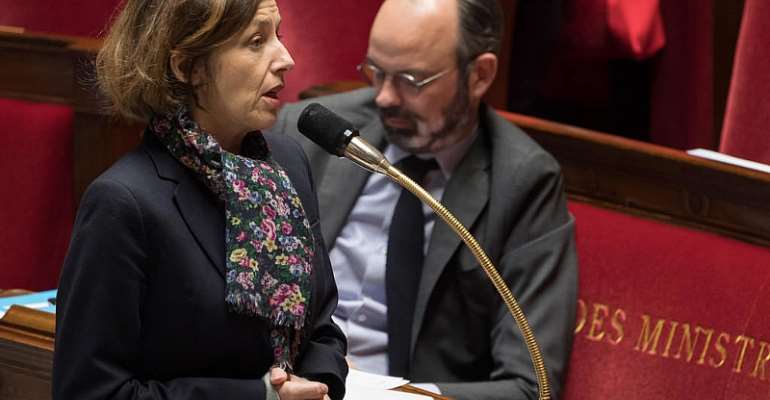 France's defense minister Florence Parly will be in India as the country prepares to induct the long overdue Rafale fighter jets into its air force.

Defence Minister Florence Parly's visit to India on Thursday is the first major ministerial trip since the country locked down in late March to contain the coronavirus epidemic and comes amid a four-month-long border standoff with neighbor China.

During the visit, other than having a bilateral with her Indian counterpart Rajnath Singh, Parly will also meet National Security Advisor Ajit Doval.

Apart from the defence minister, Chief of Defence Staff General Bipin Rawat and the entire top military brass of the country will attend the event at the air base.

“This is a tightly choreographed visit by the minister who will be accompanied by defence officials. The visit will obviously further boost strategic and defence ties,” a French embassy official told RFI.

The first batch of five Rafale combat jets, manufactured by French aerospace major Dassault Aviation, arrived at the Ambala air base in the northern state of Haryana on July 29. The jets are yet to be formally inducted into the Indian Air Force (IAF).

In September 2016, India inked a direct deal with the French government to purchase 36 new Rafale fighter jets in a nearly €8 billion deal. France has been one of India's steadfast materiel suppliers for decades.

Known as the 4.5 generation aircraft, the Rafale is considered to be one of the finest fighters in the world and is described as an 'omnirole' aircraft that can take up several missions on a single flight.

Defence experts point out that the fighter jets will be a game changer as it would add significantly to the capabilities of the IAF and its induction will give India a strategic advantage in case of any aerial combat with China in the mountainous Tibet region.

“With its fantastic electronic warfare suite and maneuverability, the Rafale will be able use mountainous terrain in Tibet to its advantage and blind the enemy before India's strike aircraft penetrate hostile airspace to carry out their missions,” former Chief of Air Staff Air Chief Marshal B S Dhanoa, said in an interview.

“Its induction will add to the operational punch of the IAF and it is good to operationalize it soon.This will give India air superiority apart from the fact that it enhances its air defence,” Happymon Jacob an international relations expert told RFI.

In June, at least 20 Indian soldiers, including a colonel, were killed in a clash with Chinese troops in the Galwan Valley in Ladakh, in the Kashmir region, which was described as the biggest military confrontation in nearly five decades.

The four-month-long border standoff with China continues till date with both sides accusing each other of border transgressions along the Line of Actual Control.

Officials pointed out that the second batch of Rafale fighters which could be four in number was expected to arrive in October.

India is the fourth country to fly the Rafale after France, Egypt and Qatar.