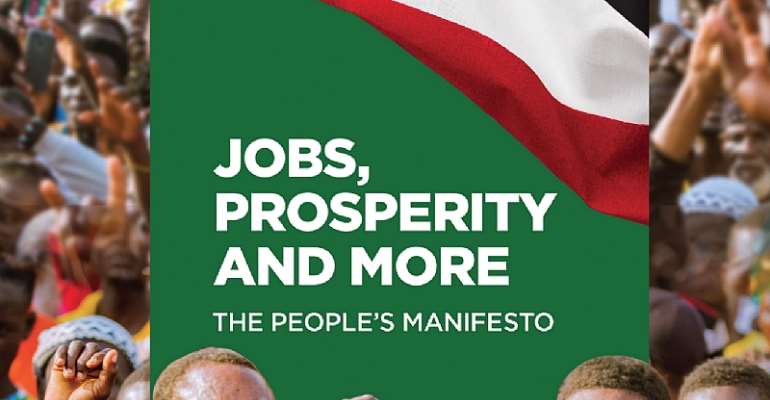 The opposition National Democratic Congress (NDC) has debunked claims that the Rural Investor Incentive promise as stipulated in its manifesto is a plagiarism of the ruling New Patriotic Party’s One district, One factory policy.

According to a member of the NDC Manifesto Committee, Sebastian Dey, the policy is aimed at drawing out interest in rural economy investment.

He said the policy will create sustainable jobs for the youth.

“We would have named it so. It's not 1D1F, whatever policy we put there is a stand-alone on its own. It's not a replica or as it were, we're not mimicking any other policy.”

“We have said that our manifesto is premised on two very important strategic tracks which is the fact that creation of jobs poses a very big challenge and I think governments across the developing world and our nation both across the two leading parties we've all acknowledged that job creation is critical.”

Sebastian Dey admitted that factories will form part of the projects to be established under the Rural Investor Incentive.

“There might be international definitions of what a factory is but whatever form that that will take, it is what is driven largely by our SMEs. But SMEs operate across both in the rural and urban centres. So if you set up a factory or a cottage industry that is generating jobs to take care of a number of unemployed people in the rural area, it is an investment in the rural area that is creating jobs,” he said.

The National Democratic Congress launched its manifesto dubbed the People's Manifesto on Monday.

LGBTQ+ Bill: You're shameful backward thinker obsessed with ...
55 minutes ago