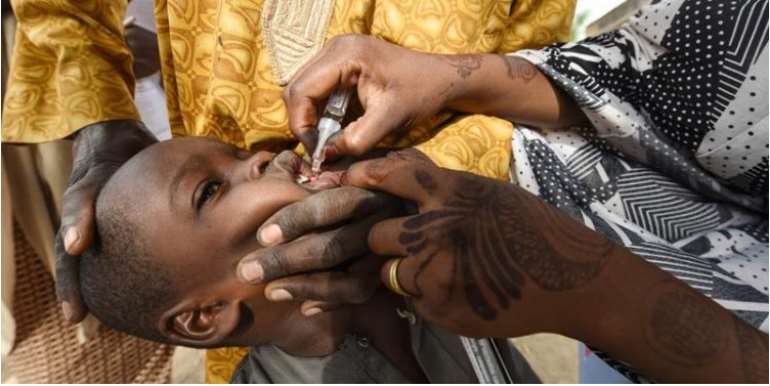 Although the Ashanti Regional Health Directorate will not disclose the specific districts in which the cases have been recorded, it has pledged to intensify immunization to prevent the disease.

Deputy Ashanti Regional Director in charge of Public Health, Dr. Ofori Yeboah called on the public to cooperate with personnel who will be deployed to carry out the exercise.

“The Ashanti Region recently recorded in six districts what we call, vaccine-derived poliovirus type two and in accordance with established protocol, the region together with other regions will be embarking on a massive polio immunization exercise. The focus will be on children under the age of five. The Ashanti Region will be targeting over one million children. It is very important for parents to avail their children to benefit from this immunization exercise.”

The Ministry of Health reported the country’s first case on August 23, 2019.

It was detected in a two-year-old child from Andonyama, a sub-district of Chereponi, Northern Region, who developed acute flaccid paralysis on 23rd July 2019.

When a child is vaccinated, the weakened vaccine-virus replicates in the intestine and enters into the bloodstream, triggering a protective immune response in the child.

Like wild poliovirus, the child excretes the vaccine-virus for a period of six to eight weeks.

As it is excreted, some of the vaccine-virus may no longer be the same as the original vaccine-virus genetically altered during replication.

The child then develops a VDPV.

The virus can arise in populations inadequately vaccinated and where sanitation and personal hygiene are poor.