It’s Only NPP That Brings Dev't To The Grassroots – Bawumia 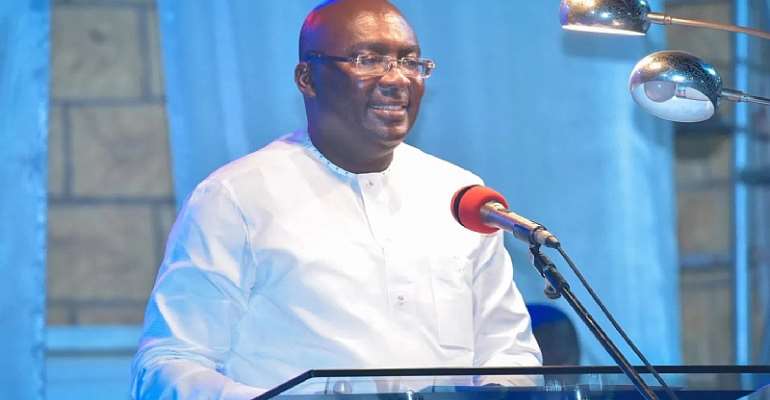 Vice President Dr Mahamudu Bawumia has said it is only the New Patriotic Party (NPP) government that brings development to the grassroots as opposed to the National Democratic Congress (NDC) government that, he claims, engages in nonexistent projects.

Speaking at Bulenga in the Wa East District of the Upper West Region, Tuesday, Dr Bawumia gave a litany of achievements by the governing NPP, insisting that there is a huge economic management gap between the NDC and NPP, with the NPP being much better managers of the economy than the NDC.

"You have seen that when the NPP is in power, development comes to the grassroots. And we are not talking about the Green Book type of development. I am talking about fiili fiili development. In Wa East here, you can attest to what the NPP has done; the projects that we have brought to this constituency,” he told them.

The Vice President therefore urged the people to renew the mandate of the NPP for more development.

“I have heard the Bulenga Naa (Chief of Bulenga) very loud and clear on the creation of a new district. We will take that onboard and the upgrade of the hospital…And that is why we need four more to do more for you. So please vote massively, Insha Allah, and make President Akufo-Addo the next President and bring Salifu Yakubu to Parliament,” he appealed.

West Gonja: We didn't know the bags of rice were for our chi...
13 minutes ago