Who speaks for the dead: Mills didn’t collapse Ghana’s economy, Mahama certainly did 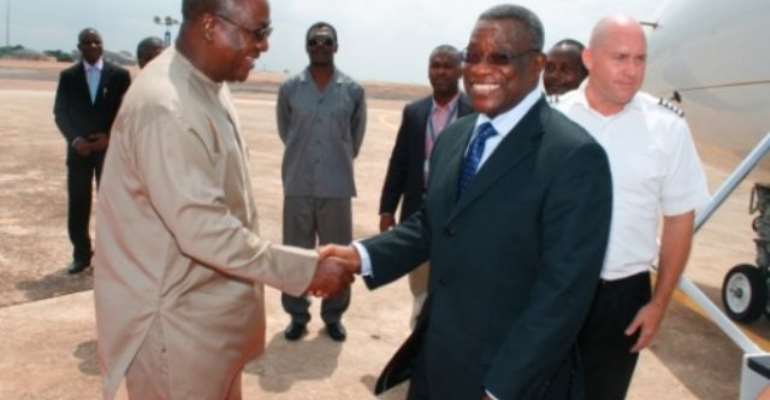 I could not believe my ears when former President Mahama audaciously claimed during the NDC’s 2020 Manifesto launch that he unfortunately inherited a tattered economy on 7th January 2013.

Let us even agree that Mahama indeed inherited a meltdown economy. The overarching question then is: who did he succeed on 7th January 2013?

Didn’t the late Mills and Mahama govern Ghana from 7th January 2009 until the sudden and mysterious demise of Mills in 2012 and Mahama took over the presidency?

Verily, it does not take superior powers of the mind or transcendental powers to acknowledge that Mahama passed the economic shambles to Mahama on 7th January 2013.

If that was to be the case, why is the NDC 2020 flagbearer complaining now? Does he want to shift the blame onto the late Mills?

To be quite honest, if that was to be his intention, then it would be quite unfair on the late Mills who did his utmost best and improved upon the economy.

Well, since the late Mills is not around to clarify the situation, I, a certified human rights practitioner, have decided to act on behalf of the erudite professor.

Let us face it though, the late Mills would have been very successful in his short spell in government but for the shenanigans of the conspiratorial plotters that surrounded him.

But despite his brief spell at the presidency, we can dare state that the late Mills performed exceedingly better than his founder, Rawlings and his successor, Mahama.

Indeed, the late Mills did his utmost best and improved upon the booming economy left by former President Kufuor and his NPP government.

Take, for example, former President Kufuor quadrupled Ghana’s GDP to a staggering $28 billion in 2008. While the late Mills inherited the discovery of oil in commercial quantities and managed to increase the GDP to $47 billion in 2011.

Unfortunately, President Mahama reversed the GDP to an incredible $40 billion as of October 2016.

What is more, President Mills left an agricultural growth of around 7.4% in 2012, while President Mahama reversed it to around 2.5% as of October 2016.

It is also true that President Mahama obliterated the late mills “unprecedented” single digit inflation and replaced it with double digits (15.4% as of October 2016).

Regrettably, the previously single digit inflation and budget deficit doubled astronomically. The GH9.5 billion debt which former President Kufuor and his NPP government left in 2009 ballooned to GH122.4 billion as of December 2016.

Unsurprisingly, therefore, during the epoch of Mahama’s maladministration, some concerned patriots like the late Jake Obetsebi Lamptey of blessed memory lamented: “Ghanaians are worried because the economy is being handled in a manner reminiscent of the NDC’s mishandling of the economy in 2000. “We do not need to return to HIPC status.”

As a matter of fact, former President John Dramani Mahama’s government failed terribly to initiate expedient policies to overturn the failed policies of agriculture, poverty reduction and resource allocation in the areas of healthcare, education, finance, supply chain management and security sector planning, amongst others.

I have never been, and will never be an NDC apple-polisher, but I will forever highlight the late President Mills unparalleled adherence to moral principles.

Of course, the late President Mills had his shortcomings. Yet he was morally ahead of the other insensitive NDC apparatchiks.

Take, for instance, it is on record that prior to the dubious Wayome’s judgement debt payment of GH51.2 million, the late Mills warned the ‘create, loot and share’ cabals not to effect payment.

Yet the cabals incredibly disobeyed the good old Mills orders and doled out the staggering amount to Wayome, who had no contract with the government of Ghana.

But in spite of the late Mills good intentions for Ghana, the naysayers within his own Party needlessly kept squalling, shrilling, and whining about his style of leadership until his sudden and mysterious death in July 2012.

I hate to admit this, but the fact of the matter is that the late Mills greatest mistake of his short spell in government was his decision to mix religion with politics.

Of course, there is nothing wrong if a devoted Christian or a Moslem decides to play active politics. But a supposedly religious person, in my view, must not and cannot ‘play God’ in the political terrain.

“The idea that religion and politics don't mix was invented by the Devil to keep Christians from running their own country (Jerry Falwell).”

It is absolutely fine if a politician is humble and altruistic. But that does not mean a politician can claim to be “more catholic than the Pope”.

In fact, serious governance is not about “let us give to God”. But it is all about cracking the whip when necessary. After all, Jesus Christ even once cracked the whip in the Temple.

“Let us give to God” (FAMA NYAME) does not augur well in governance, but it rather leads to the road of absolute failure.

The late Mills wanted to please everyone, and hence earning the weird epithet-‘Asomdwehene’.

But the crucial question we should be asking is: is it possible to please each and every one in our day-to-day living activities?

The worldview, however, is that every great leader must be prepared to step on toes if he/she is to be successful.

To paraphrase the great man Nelson Mandela of blessed memory, any person that changes his/her principles depending on whoever he/she is dealing with, can never be a great leader.

In synopsising, the late Mills did exceedingly better than his successor, Mahama, so let us give him some credit for the good work done.

More Feature Article
ModernGhana Links
Spirituality is a code phrase for cheating the masses
Most Wanted Public Enemy In Plain Sight: WAI To A Terrorist
Keeping Them Honest: Aregbesola Vs Oyetola
CDD Post-Election Survey Did Not Ask about Mahama
Don’t loosen the American legal noose closing up on the neck of Kevin Taylor – Advice to Kennedy Agyapong (Hon)
Biden Caught in a Double Bind
World Lung Day | Think twice, it is not another day in paradise: Air is deadlier than we thought it is!
Fani-Kayode’s Treachery, IPOB’s Naivety and Pantami’s Poridge
The Ndc And The Otokunor Factor
TOP STORIES

"It was fantastic experience to serve under President Nana-A...
59 minutes ago