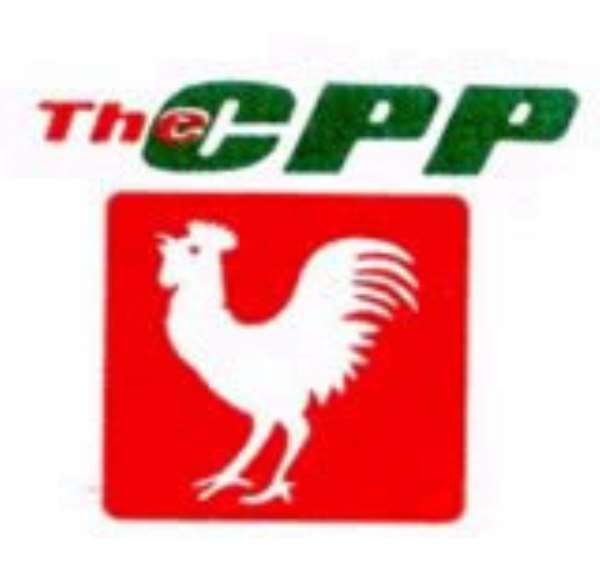 The Convention People's party (CPP) has expressed its dismay at the appointment of Claude Le Roy as the coach of Ghana's national team, the Black Stars by the Ghana Football Association (GFA).

"The CPP recognize the competence of Le Roy but it is appalled at the subtle attempts to appoint an expatriate coach instead of an equally competent indigenous coach as if the fortunes of the Black Stars and for that matter Ghana football could best be advanced through such a process".

Dr Nii Noi Dowuona, General Secretary of the CPP in a Press Release copied to the GNA Sports to explain the party's position on the appointment of a substantive coach for the Black Stars, said its concern is against the backdrop of pronouncements by some members of the search Committee of the GFA which could be inferred as a deliberate attempt to frustrate and block the chances of a local coach.

The Party said it has also noted with concern reports in the media on what might be described as unfair treatment meted out to Cecil Jones Attuquayefio, one of the Ghanaian shot-listed applicants by the search Committee.

The General Secretary said the time has come for opportunities to be given to local coaches, as a matter of national pride and identity to manage the senior national team, since the surest way of rejuvenating Ghana soccer lies in resolving the myriad of problems since 93undue reliance on the magic of foreign coaches will not do us any good.

Dr Dowuona said the time has come for a Technical Directorate to be set up as soon as practicable with competent local staff to facilitate development of strategies to guide the game in the country.

He said the CPP therefore calls on the GFA and other major stakeholders to commit resources and energies into addressing the myriad of problems confronting Ghana football.

The General Secretary said the GFA and its affiliate committees and boards must ensure that management conforms to legal requirements to address the shortcomings in the various league competitions.

Dr Dowuona said the performance record of Ghanaian coaches has never been in doubt since Ghana won four African Cup of Nations competitions, four continental club championships and two FIFA Under-17 titles among other achievements under the tutelage of local coaches. He said it is therefore ironical and a travesty of natural justice that the GFA management did not appreciate the need to offer the opportunity to coach Attuquayefio or any of the other competent local coaches.

The General Secretary said for instance, Brazil appointed Dunga, the 1994 World Cup winning captain of the team with little coaching experience as the new coach of the national team while Germany's outstanding performance at the recent World Cup tournament was under Jurgen Klinsmann who did not have any prior coaching experience before the taking the job.

Dr Dowuona said the CPP views this latest development as a set back, given the pioneering role by the Party in ensuring that indigenous people took control and managed their own affairs in all facets of the country's political and socio-economic life.


He said it is in this regard that the nation and the entire football fraternity continue to give maximum support to the Management Committee of the GFA even though some of the key members cannot boast of any background record or requisite qualification in football administration at the highest level.

The General Secretary said the problems plaguing Ghana football are obvious and include poor physical infrastructure, poor club administration and lack of well-focused and comprehensive football development policy, including provision of appropriate technical support services that confront the country's football.

The deplorable state of our playing fields, protests on players' status and player hold-out due to unfulfilled contracts among others especially in the on-going Premier League coupled with financial bail-outs from corporate entities are pointers to the real menace of football in the country.