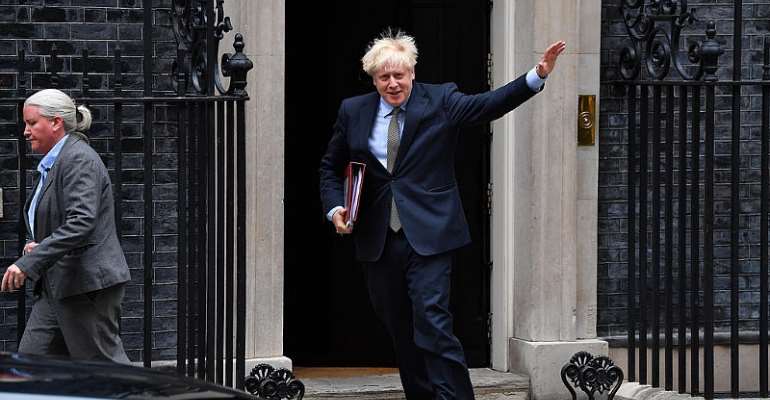 British Prime Minister Boris Johnson has been accused of presiding over a "rogue state" as his government introduced legislation that intentionally breaches its EU withdrawal treaty in the messy countdown to a full Brexit divorce.

Asked why the British public at large should respect any laws now, the prime minister told parliament: "We expect everybody in this country to obey the law."

In a bad-tempered exchange with Scottish nationalist MP Ian Blackford, Johnson insisted the bill was about "protecting jobs, protecting growth, ensuring the fluidity and safety of our UK internal market.

"My job is to uphold the integrity of the UK but also to protect the Northern Ireland peace process and the Good Friday Agreement," he added, calling the new bill a "legal safety net" if the EU makes an "irrational interpretation" of post-Brexit arrangements.

The London government maintains its new UK Internal Market Bill is needed to smooth trade between England, Scotland, Wales and Northern Ireland, and help drive the recovery from the coronavirus pandemic, once a post-Brexit transition ends this year.

But under the terms of the EU Withdrawal Treaty, Britain is meant to liaise with Brussels on any arrangements for Northern Ireland, which will become the UK's only land border with the EU.

Blackford argued the new bill was a power-grab by London from the devolved administrations in Edinburgh, Cardiff and Belfast.

And he gave a withering assessment after Northern Ireland Secretary Brandon Lewis had conceded the changes do "break international law in a very specific and limited way".

"The prime minister and his friends, a parcel of rogues, are creating a rogue state," he added.

Lewis's admission on Tuesday provoked incredulity across the political spectrum in Britain, Brussels and beyond, just as British and EU negotiators are engaged in fraught talks to agree a new trading relationship by a crunch EU summit in mid-October.

The government has struggled to explain why it has only now discovered problems with the EU treaty's provisions for Northern Ireland, nine months after Johnson triumphantly signed the document and said it set Britain on the path to a sovereign new future.

The government in Germany, the EU's biggest economy and political heavyweight, said it expected Britain to "fully implement" the Brexit deal.

The row stretches well beyond Europe. The United States was a key broker of the 1998 Northern Ireland peace agreement, and Democrats are warning of consequences for a separate US-UK trade deal if London backtracks on its EU obligations.

Takoradi 'azaaa' woman still in custody as she fails to meet...
18 minutes ago